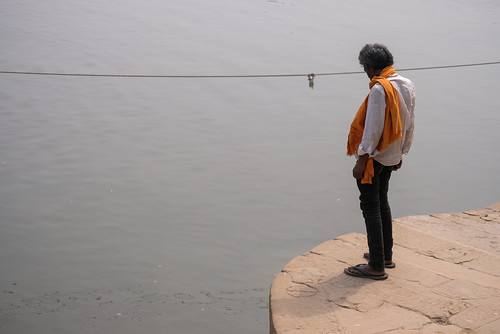 'While the balance of mind was disturbed' say British coroners delivering a verdict of suicide. A tragedy for families and society, the topic was a cover story in Science (vol 365, 23 Aug 2019) magazine. The global average rate is 10.5 per 100,000 of population. Among the top ten in the world, the suicide rate in Greenland is 51.1, Lithuania 28.0, Russia 25.1. It seems the major reason Scandinavian countries are happier is due to the broad social welfare net covering healthcare, unemployment, pensions, and so on. It frees the populace from the usual worries about old age security or of paying large hospital and drug bills as in the US. Japan's tradition of harakiri leads to a very high rate of 15.7.

On the subcontinent, Pakistan's is less than a half of the world average at 4.5; India's a whopping 15.6 (pp 736-7). Yet it is possible the latter rate is even higher as the notorious farmer suicide figures are manipulated by the states according to Wikipedia. The para on the number of farmers cites researchers' claims that "... official data may be overestimating the number of total farmers in India, and undercounting the total number of farmer suicides every year."

One surprise is that six of the top seven countries with the lowest suicide rates are not necessarily rich ... just Muslim, so Pakistan is not an anomaly. Perhaps it is the Islamic emphasis on equality, brotherhood and mandatory charitable giving that facilitates societal cohesion. Islamic countries also average a rate so low as to be about a third of that for wealthy Europe and North America.

Not very long ago (Sept 2, 2019), India launched a rocket to the far side of the moon. It carried a lunar lander that fell silent following the landing attempt four days later. Had it survived, India would have become the fourth country in the world to accomplish the feat. Still, the partial success was a matter of pride. There have been other signal achievements including a doubling of GDP in the past decade. Then, why are Indians unhappy and have high suicide rates.

The World Happiness Report for 2019 (Figure 2.7) ranks Scandinavian countries at the top - Finland, Denmark, Norway, Iceland at the top followed by other socially secure Europeans. Among less wealthy, China is at number 26, while the poorest like Bangladesh (125) and Pakistan (67) are further down, the latter sandwiched between Portugal (66) and Russia (68). India with a higher per capita GDP than Bangladesh or Pakistan is at a surprising (140) between Togo and Liberia. In the last year, with Mr. Modi at the helm, India has fallen from 133 while Pakistan has had arise in happiness from 75. So again, the question: Why are Indians unhappy an becoming unhappier? It is certainly a mockery of Mr. Modi's vaunted 'Ache Din' (better days) slogan.

Could it be the answer lies not in absolute but relative wealth? The Gini Index is a measure of wealth inequality where 100 represents the most inequality possible and zero perfect equality i.e. when everyone has the same wealth. On the subcontinent for 2018, Pakistan's index at 30.7 beats many first world countries while India's (35.7) is way behind. Pakistanis are also higher in generosity (0.216), whereas for India this variable is much lower at 0.172. Generally, charitable giving is found to improve self-image and well-being.

India is seeking another way as archeologists are busy trying to dig up evidence of events described in the Hindu religious texts -- ancient civilization becoming a tool for expressing Hindu superiority and raising self-esteem. Yet India does not really have to; it can bask in the architectural glory and beauty of the Taj Mahal. The Bharatiya Janata Party (BJP) might have kept count of who were Hindu artisans and laborers and who Muslim, not the Mughals. Perhaps the BJP can find vindication and gratification in the fact that the builder Shah Jahan's mother (Manmati Bai) was Hindu.

Mr. Modi might also glance westward at Egypt and its pyramids to observe that magnificent ancient civilizations do little to enhance happiness, rank (137) a little ahead of India, or stature in the present. A better focus for him could be on the 800 million of his own people trying to earn enough each day to get a meal; indeed, while his staff are proud to announce, he changes his clothes three times a day. Vainglorious and narcissistic it may be for Mr. Modi, but his chalk stripe suiting with his name woven into the stripes is impossible to forget. Extreme penury and inequality are unlikely to make a people happy

Add to that the caste system and its unbelievable (for the modern world) treatment of untouchables -- who are not a negligible minority when every sixth Indian is one. The chronicle of a family, Untouchables by Narendra Jadhav is an enlightening but painful read. Imagine not being able to drink from the village well because of birth and heritage. Most humans are proud of their heritage, but like the Nazis earlier, the BJP tries to restrict it to the three upper castes among Hindus.

Recurrent lower-caste humiliation and threat of violence draws rancor turning to disguised hostility, not the best ingredients for a happy homogenized society. To this can be supplemented the newly-formed notion of Hindu superiority -- a bald-faced conceit when the country had been ruled by Muslims and the British for 800 years, not forgetting the Sikhs in the Punjab.

Then there is the serious issue of insurgencies. While mostly confined to the northeast and east, the battles are more common than is commonly realized. Thus the Armed Conflict Location and Event Data (ACLED) project reports that in 2016 (the latest figures) there were 186 violent events (about every second day) of which 52 percent were battles. Bomb blasts targeting security forces accounted for 19 percent and another 9 percent sought to destroy infrastructure. Violence against civilians hurt by both sides constituted the remaining 20 percent. These conflicts are ongoing since the early sixties with thousands of lives lost, as a quick glance at Wikipedia confirms. Of course, violence in Kashmir is on a different scale altogether for the lives lost number in the tens of thousands.

India is a fractious country divided by caste, religion, ethnicity, language; wracked by political and administrative corruption; stymied by bureaucratic incompetence; and yet producing brilliant engineers and scientists capable of world-quality research and space exploration. It is cause for hope, although slim, unless the country pulls itself up by its bootstraps socially and economically.

Arshad M Khan is a former Professor. Educated at King's College London, Oklahoma State University and the University of Chicago, he has a multidisciplinary background that has frequently informed his research. He was elected a Fellow of the (more...)
Related Topic(s): Happiness; Inequality; Suicide; Suicide Attempt; Suicide-prevention; Violence, Add Tags
Add to My Group(s)
Go To Commenting
The views expressed herein are the sole responsibility of the author and do not necessarily reflect those of this website or its editors.