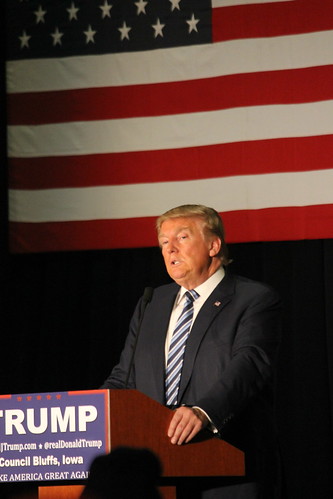 Worse than an inadvertent cut by the forgotten edge of a double edged sword is to cut oneself with both sides of the blade. In the case of President Trump, he seems to cut himself again and again with with each of his thoughtless tweets. At some point, he will see himself as well as his presidency bleeding profusely with no idea how he was cut. In fact, I would not be surprised if the final cut, at some point, is administered directly or indirectly by the NRA. Ironically, the spur of the moment suggestion of administering the death penalty automatically to certain drug dealers, as emotionally uplifting as it may be even to myself, opens a "whole new can of worms" for the president.

Consider the delicate situation involving "legal" drugs used illegally. Narcotic analgesics such as oxycodone, for instance, have there place in the treatment of legitimate pain. I believe that the federal government already has rules designed to control how much of the medication may be produced by a given manufacturer in order to prevent unnecessary excesses being "somehow" funneled to the "streets." If I'm not mistaken, Eric Holder's most prominent private case was in defense of pharmaceutical giant Purdue Frederick's overproduction of Oxycontin which led to a flood of illicit street sales of the drug. This then led to numerous users overdosing, thousands of drug related crimes and even many deaths. Thus a "legal" controlled substance was not used properly in part due to purposeful overproduction of the product by the manufacturer as well as illegal, uncontrolled transactions between illicit buyers and sellers.

Should the manufacturer argue that it is not responsible, that "business is business" and it is common and ethical in the Washington swamp to lobby Congress so one is allowed to sell unnecessarily excessive amounts of its product, no matter how dangerous it may be in the hands of the wrong people? Should illegal dealers claim that their crimes are relatively minor because "drugs don't kill, people kill." Should we not try so hard to treat drug addiction because it's the victim's own fault? The problem here is that if Mr. Trump is serious about the execution of big time drug dealers, what does he suggest doing with drug companies complicit in the encouragement of the illicit drug trade? I mean they are accomplices of sorts, are they not? They deserve more than a meaningless fine, do they not? Can they actually argue that they could not anticipate the increase in morbidity and mortality that would ensue if they were to flood the market with their product, if they were to lie about how dangerous their product really is?

When rational people finally come to their senses, perhaps better informed lawmakers, with physicians, pharmacists, and yes, pharmaceutical companies can work together to draft rules for the use of scheduled medications that benefit the patients that they all serve, not forgetting the economic aspect, but at least putting it in some sort of appropriate perspective. Perhaps then, thanks to a bunch of teenagers from a high school in South Florida, they can have much the same dialogue on guns. Schedule them, require manufacturers to focus on their dangers, including addiction, bravado, and scaling the usage to what the manufacturer supposedly intended. And, while they are at it, require some sort of course completion to insure safety and competence. After all, the founding fathers did make certain that they included that in writing in the Second Amendment itself.

Otherwise, gun manufacturers and lobbyists may end up in the same cells as their pharmaceutical manufacturer brethren. Illicit gun show salesmen and street sellers might even find themselves side by side "on the gallows" with their drug dealer counterparts after their sale results in a murder. At this point it seems as if the only difference between the NRA and big PHrma is that at least PHarma blames the drug dealer and the victim who took the drugs, while the NRA blames the victim either for being unarmed or for not shooting first.

Related Topic(s): Congress; Congressional Crime; Donald Trump; NRA; Presidency; President; Trump Tweets; Tweet, Add Tags
Add to My Group(s)
Go To Commenting
The views expressed herein are the sole responsibility of the author and do not necessarily reflect those of this website or its editors.