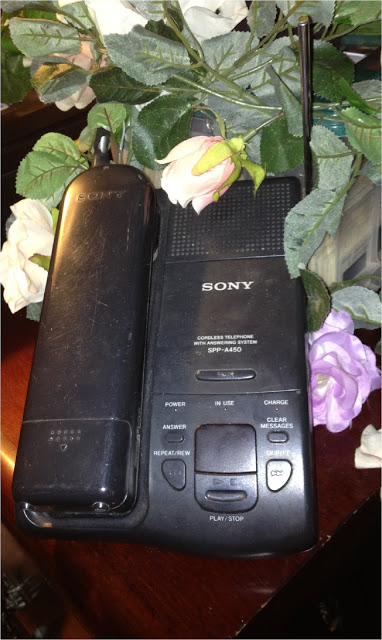 With other Americans I believed strongly our nation had been attacked by terrorists on September 11, 2001. No one seemed sure which terrorists, but no one questioned this assertion. I flew two small American flags on my car when I left the house, and so did many others.

My daughter, Morgan, had told me night before she was going to the World Trade Center to again replace her boyfriend's bank card. This duty had fallen to her when the two started living together. It was nine hours before I heard her voice on the phone. It was a frantic, horrible day spent between shock, tears and eyes locked on the television, punctuated by failed calls.

I cried in relief when I heard her voice. It was a long time before I asked why she had not gone to replace the bank card, learning her boyfriend had insisted so adamantly; she got stubborn and refused. They were to have gone on the PATH together as he worked at the Wall Street Journal. His name is John Fund.

Sometimes the penny drops for a long time before reality hits. This series takes you through the epiphanies which will lead us back to the one mentioned at the top of this article.

I was an ordinary American and a Regent for the National Federation of Republican Women (NFRW). I had been a member for over a decade and enjoyed the dedicated and hard-working women I met. But I mark this as one of those pennies which took time to hit.

What awaited me was the shock of seeing favors called in; media from both the Right and Left united to tell lies intended to destroy my daughter's credibility and my own.

Why? At the time the only explanation was a cover up for domestic violence.

Today, most people know the media is controlled by those shadowy forces variously referred to as the Elites, the .001%, or other term. I came to call them Greedville, but that is just me.

Now, about those charges of domestic violence. Morgan first told me John Fund was battering her, among other strange kinds of abuse, in late September 2001. I did not believe her because of her long history of lying. It was that history which forced her to make a recording of Fund in late September early October of 1999.

Morgan's behavior was inexcusable on many counts. But in 1998 that epiphany had not yet hit me. But no one in the family would accept her word for anything unless proof was provided.

Hence, Morgan used this phone to record the conversation she had with John Fund. She knew John, as was his own habit, had lied to me about all the topics covered just a few months before, and led him through a reprise of these. You can hear the tape and read the transcript HERE.

Outraged, I tried to call Fund, who I had known from the time he was still officially unemployed and begging me to ask my brother to find him a job in Sacramento in 1982 with the legislature. I refused. Instead of letting it drop Fund called my brother, Charles Arthur Pillsbury, was a Vietnam Veteran, had been Airman of the Year at Naha in 1969, was finishing his JD degree at UC Davis and was a legislative assistance for the legislature in Sacramento. The mistake he made was telling Chuck, my brother, he was my boyfriend. This was absolutely not true. A one-night stand is a better description. But thereafter Fund called me constantly.

I hate being lied to. Morgan knew that from long experience because she had not always managed to get away with it, and my annoyance with her on these occasions had consequences.

Not believing in letting outrage linger and simmer, I immediately called Fund. He answered with Hello?" I got out, "This is Melinda and you lied"" Click. Then I emailed Fund. The emails bounced. So, three minutes later a fax was aimed at the central receiving point for the Wall Street Journal.

Soon afterward John called to apologize. I was later told the letter was copied about 20 times before landing on his desk. Fax To John Fund at WSJ

Melinda Pillsbury-Foster is the author of GREED: The NeoConning of America and A Tour of Old Yosemite. The former is a novel about the lives of the NeoCons with a strong autobiographical component. The latter is a non-fiction book about her father (more...)
Related Topic(s): Abuser, Add Tags
Add to My Group(s)
Go To Commenting
The views expressed herein are the sole responsibility of the author and do not necessarily reflect those of this website or its editors.