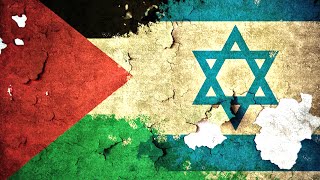 From youtube.com: Israel and Palestine -- history of the conflict between the Israelis and Palestinians
(Image by YouTube, Channel: The Daily Conversation)   Details   DMCA

I loved Gaza. That is a play on words. The Biblical Song of Songs says that love is strong as death. Strong in Hebrew is Aza. Aza is also the Hebrew name of Gaza.

I have spent many happy hours in Gaza. I had many friends there. From the leftist Dr. Haidar Abd al-Shafi to the Islamist Mahmoud al-Zahar, who is now the foreign minister of Hamas.

I was there when Yasser Arafat, the son of a Gazan family, came home. They put me in the first row of the reception at the Rafah border, and that evening he received me at the hotel on the Gaza sea shore, seating me next to him on the stage during a press conference.

I met with a friendly attitude everywhere in the Gaza Strip, in the refugee camps and in the streets of Gaza City. Everywhere we talked about peace and about the place of Gaza in the future State of Palestine.

GOOD, BUT what about Hamas, the terrible arch-terrorist organization?

In the early 1990s, Prime Minister Yitzhak Rabin exiled 415 prominent Islamists from Gaza to Lebanon. The Lebanese did not let them in, so the exiles vegetated for a year in the open air on the border.

We protested against the expulsion and put up a tent camp opposite the Prime Minister's office in Jerusalem. We stayed there for 45 days and nights, including some days in snow. In the camp were Jews and Arabs, including Israeli Arab Islamists. We spent the long days and nights in political discussions. What about? About peace, of course.

The Islamists were nice people, and treated my wife, Rachel, with utmost civility.

When the exiles were finally allowed home, a reception was held for them in the largest hall in Gaza. I was invited, together with a group of companions. I was asked to speak (in Hebrew, of course) and after that I was invited to a banquet.

I am recounting all this in order to describe the atmosphere at that time. In everything I said, I stressed that I was an Israeli patriot. I advocated peace between two states. Before the first Intifada (which started on December 9, 1987) Gaza was not a place of dark hatred. Far from it.

Masses of laborers crossed the checkpoints every morning in order to work in Israel, and so did the merchants who sold their wares in Israel, or crossed Israel on the way to Jordan, or got their merchandise through Israeli harbors.

SO HOW did we succeed -- we, the State of Israel -- in turning Gaza into what it is today?

In the summer of 2005 the then Prime Minister, Ariel Sharon, decided to cut all ties with the Gaza Strip. "Arik," a soldier in his heart, decided that the costs of occupying the strip were higher than the benefits. He pulled the army and the settlers out and turned the strip over -- to whom? To nobody.

Related Topic(s): Electricity; Food; Hamas; Israel; Palestinian; Water, Add Tags
Add to My Group(s)
Go To Commenting
The views expressed herein are the sole responsibility of the author and do not necessarily reflect those of this website or its editors.