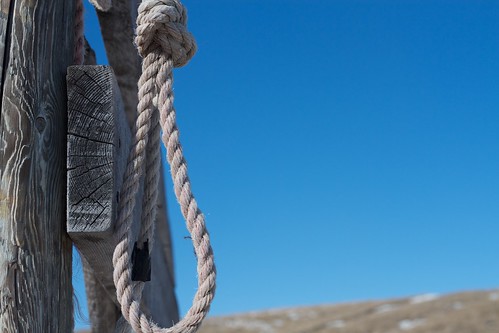 Today, United States President Donald Trump made history by being the only orange European-American to ever be lynched. Most people that have been subjected to lynching lack the opportunity, let alone privilege, of telling others about it. Virtually all have been Black People in America. I use the term "virtually" sardonically.

Not a day goes by that I do not marvel at the literal ignorance of people in the United States; especially in terms of verbiage. Black People in America, for reasons both systemic and institutional, are the greatest casualties of linguistic ignorance; but, at least, they have a somewhat valid excuse. All other "Americans" have no such excuse, and I will leave it at that. Most have no clue of the origins of the words they speak, let alone their meanings and their history. I have harangued my youngest child, her entire life, about understanding the words she utters and those of others. She both loathes, and loves, me for it. The only thing worse than willful ignorance is when it marries, and fornicates with, willful apathy. For their offspring is a child named stupidity.

Stupid people are dangerous; in fact, they are the most dangerous of all animals.

A couple of years ago, when my child was attending high school, I wrote about the origins of the word "lynch". I was aghast at how many people did not, and do not, know its origins; especially those that were, and are, subjected to lynching. The following is an excerpt from that writing:

"Last weekend, I attended my daughter's regional speech and debate competition. Her team is consistently one of the top teams in the nation, and I was honored to be one of the judges in this competition. As is the case with many writers, seemingly irrelevant things tie into other things and the chain reaction begins. Thus comes inspiration, and ink to paper.

Subsequent to the grueling 10 hour competition, we exhaustedly headed home and decided to watch a movie. The movie was co-produced, directed by and starred one of the greatest actors of all time: Denzel Washington. The movie is entitled: The Great Debaters and is the true story of a small black college, in the mid 1930's, and its formidable debate team that, ultimately, received national recognition by debating Harvard University. Early on in the movie is an exchange between Denzel Washington (who plays the debate team coach/professor) and one of the team's star members. This is Denzel speaking:

Take the meanest, most restless nigga. Strip him of his clothes in front of the remaining male niggas, female niggas and nigga infants. Tar and feather him. Tie each leg to a horse facing in opposite directions, set him on fire and beat both horses until they tear him apart; in front of the male, female and nigga infants. Bullwhip, and beat, the remaining nigga males within an inch of their life, but DO NOT kill them; but put the fear of God in them for they can be useful for future breeding.

Anybody know who Willie Lynch was? Anybody? Raise your hand. No one? He was a vicious slave owner in the West Indies. The slave masters in the colony of Virginia were having trouble controlling their slaves, so they sent for Mr. Lynch to teach them his methods. The word "lynching" came from his last name. His methods were very simple, but they were diabolical: keep the slave physically strong, but psychologically weak and dependent on the slave master. Keep the body, take the mind.

I, and every other professor on this campus, are here to help you to find, take back and keep your righteous mind. Because, obviously, you have lost it.

Today, United States President Donald Trump has given me another reason to despise him, and those like him; but not because of what he said, and the term he so cavalierly used in saying it. Contraire, contraire. My depisement is resultant of United States President Donald Trump, chief representative of the United States, forcing me listen to a song I both loathe, and love (not unlike my youngest child's irreverence for my aforementioned dictates). The song is called "Strange Fruit". It was recorded by jazz vocalist and legend, Billie Holiday.

Billie holiday was a gorgeous woman, who possessed great depth and had lived a life of abuses. When people are abused by those they should trust, they eventually learn to abuse themselves. What makes an artist an artist is their intense ability to feel what others cannot; their sensitivity to that which is around them which, in turn, becomes "art". I suspect that most artists have difficult lives given their enhanced sensory perception in an insensitive world. Every time Ms. Holiday sang that song, Strange Fruit, she would vomit.

Related Topic(s): Donald Trump Criminal; Lynching; Memory; Murder; People; STUPIDITY; Thugs; Trump Attacks Impeachment; Trump Cruelty; Trump Racist; (more...) Violence, Add Tags  (less...)
Add to My Group(s)
Go To Commenting
The views expressed herein are the sole responsibility of the author and do not necessarily reflect those of this website or its editors.