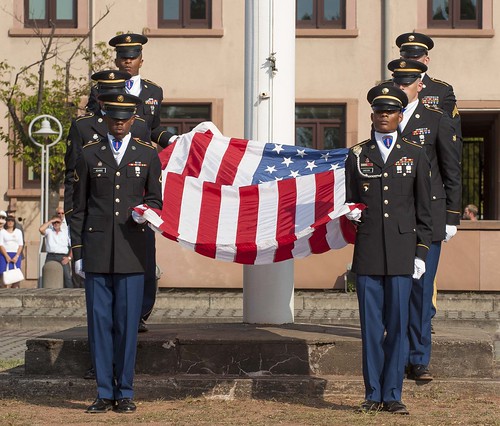 Today was a strange day for me, which is a bit more than a notion. I have been through things in my life, were they not verifiable, that most would find incredulous. I have witnessed violence of all types at a level that would make 99 percent of the people that read this puke. Physical violence. Emotional violence. Intellectual violence. Educational violence. Systemic violence, including that which is institutional. Academic violence and racial violence; I mention these two together as one is the incestuous parent of the other. I have also been blessed with incredible experiences as well as people who have respected my intelligence and inspired me.

This is a lot harder to write than I thought it would be.

I was once told "suffering produces endurance, endurance produces character, character produces faith which, in the end, will not disappoint". Methinks I've character aplenty. Consequential to my life experiences, I am not shaken by many things and not much surprises me. It startles me to be startled; especially when I don't see it coming.

Today, the U.S. president capped several days of pomp and circumstance in Europe with a commemoration of the invasion of Normandy. Both my father and grandfather were veterans and I, like Trump, attended military school (that analogous disclosure will cause me night terrors). My grandfather walked with a severe alteration to his gait due to a piece of shrapnel that lodged in his right hip in World War II. He kind of dipped one shoulder to the right when he walked. He was a giant of a man, not just physically, who smoked two packs of cigarettes a day. He worked at the Sherwin-Williams smelter in Coffeyville, Kansas, until lung cancer took him in his mid-sixties. My grandfather received that shrapnel as he invaded Normandy in 1944; a million miles from poke salad. A teenage black hick from Arkansas. He often told me the story of him entering an establishment where there were captured Nazi soldiers drinking after V-Day. He was told, by his white officer, to go to the back door in full uniform. He also told me about French allied soldiers who treated him like an animal. He told me about how, when he came home from overseas, to Arkansas, he was called what we are called, to this very day, and told to enter from the back door. He was one of the best men I have ever known.

A few years ago, I told this white fellow about my grandfather's service and he responded by telling me "there were no Negroes in the invasion of Normandy". I let that go.

As I watched the U.S. president lay wreaths (while attempting to look solemn) at the various and sundry commemorative events splashed over the media, I could barely contain my resentment. Here is Agent Orange, Mr. five deferments, waxing on courage and bravery. A self-proclaimed tough guy that, I am willing to bet diamonds to donuts, has never been in a fist fight in his life. A guy who is openly racist and Blackist. I have been in all manner of combat in my life and I have known some real tough guys; I am not one of them. And if I am not one of them, Agent Orange sure as hell is not.

My grandfather, and my father, loved the United States and its flag; maybe it was more fear than love. Whatever it was I do not understand it. I have the triangular folded flag from my father's funeral to this day. Contraindicative to my lineage, I have no such affectations for the United States and fully recognize that her flag has never meant anything but harm to people that look like me. The irony is that the experiences of my forefathers proves it; and it appears as though the experiences of my descendants will follow suit unless something drastically changes. The contrasting perversion of the whole charade affected me in a way that was unexpected, thusly my sorrow. Whether you know it or not, my sorrow is the sorrow of a nation. My anger and insult are my own as they are more than justified; they are, in fact, required.

I have raised my youngest child alone since the day she was born. She is my pride and joy for many reasons. She attends a private university and has earned an internship pursuant to her major which is psychology. I must acquiesce to great wonder and significant merriment in her need to put me in hock for the rest of my life so that she might study psychology. My mirth is resultant of the fact that it is rather superfluous to study psychology when she has a perfectly good laboratory/specimen in her father. Nothing like hands on experience. Joyous, is it not?

Today, resultant of my child's internship, she was required to report to a site that deals with "underprivileged" children. It is a public building. Since her departure, I have been unable to relinquish the thought of some human symptom of the disease that permeates this society going "postal" and shooting up the facility. Same when she headed out for middle school, high school, on her university campus or any public place. The sorrow is that this anxiety has become normal, another appendage of American "exceptionalism". And whether you know it or not, my sorrow is the sorrow of a nation. My anger and insult are my own they are more than justified; they are, in fact, required.

Mark Twain wrote "the two most important days of your life are the day you are born, and the day you figure out why". The former is easy and effortless, while the latter is difficult, may come as a surprise, offers no gaurantee of fulfillment and is fraught with peril.