Hurricane Harvey, Hurricane Irma, flash fires, droughts: all of them tell us one thing -- we need to stand up to the fossil fuel industry and fast 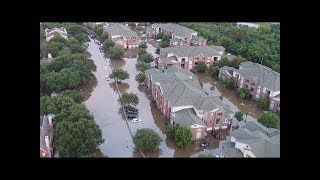 Oh, and while Irma spun, Hurricane Jose followed in its wake as a major hurricane, while in the Gulf of Mexico, Katia spun up into a frightening storm of her own, before crashing into the Mexican mainland almost directly across the peninsula from the spot where the strongest earthquake in 100 years had taken dozens of lives.

Leaving aside the earthquake, every one of these events jibes with what scientists and environmentalists have spent 30 fruitless years telling us to expect from global warming. (There's actually fairly convincing evidence that climate change is triggering more seismic activity, but there's no need to egg the pudding.)

Oh, and while Irma spun, Hurricane Jose followed in its wake as a major hurricane, while in the Gulf of Mexico, Katia spun up into a frightening storm of her own, before crashing into the Mexican mainland almost directly across the peninsula from the spot where the strongest earthquake in 100 years had taken dozens of lives.

We could do it. It's not technologically impossible -- study after study has shown we can get to 100% renewables at a manageable cost, more manageable all the time, since the price of solar panels and windmills keeps plummeting. Elon Musk is showing you can churn out electric cars with ever-lower sticker shock. In remote corners of Africa and Asia, peasants have begun leapfrogging past fossil fuel and going straight to the sun. The Danes just sold their last oil company and used the cash to build more windmills. There are just enough examples to make despair seem like the cowardly dodge it is. But everyone everywhere would have to move with similar speed, because this is in fact a race against time. Global warming is the first crisis that comes with a limit -- solve it soon or don't solve it. Winning slowly is just a different way of losing.

This article was amended on 11 September 2017. An earlier version said that San Francisco's record-breaking temperature was 3C higher. This has been corrected to say 3F.

Bill McKibben is the author of a dozen books, including The End of Nature and Deep Economy: The Wealth of Communities and the Durable Future. A former staff writer for The New Yorker, he writes regularly for Harper's, The Atlantic Monthly, and The (more...)
Related Topic(s): Climate Change; Evidence; Hurricanes; Scientists; Threats; Weather, Add Tags
Add to My Group(s)
Go To Commenting
The views expressed herein are the sole responsibility of the author and do not necessarily reflect those of this website or its editors.