The Iowa Democratic Party's release of partial results at this point adds insult to injury. 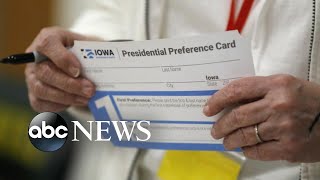 After a night of chaos, in which it did not release the results of the first-in-the-nation caucuses, the Iowa Democratic Party finally produced some numbers Tuesday afternoon. Keyword: some. At this point, that's adding insult to injury.

The party has been under intense pressure to clean up the mess it made of the vote tabulation on caucus night when no results were released because the party relied on a dysfunctional app and a failed backup system involving a phone hotline that left callers on hold for hours. So on Tuesday afternoon, the party released some of the results 62 percent, to be precise.

If one candidate had a big lead, an incomplete count might tell us something. But, with less than two-thirds of the vote tabulated, the top two candidates were virtually tied. Former South Bend mayor Pete Buttigieg had 26.9 percent, and Vermont Senator Bernie Sanders 25.1 percent. Massachusetts Senator Elizabeth Warren was at 18.3 percent and former vice president Joe Biden trailed with 15.6 percent.

Those percentages reflect the so-called "state delegate equivalents," not the actual popular vote. The popular vote, which reflects the final alignment of people who attended the more than 1,600 caucuses statewide, put Sanders ahead with 28,220 votes to 27,030 for Buttigieg, while Warren had 22,254 and Biden had 14,176. If Iowa were a primary state, Sanders would be winning. Because it is a caucus state, Buttigieg got at least a momentary bump. But that could change tonight or tomorrow -- or sometime soon.

So all we really know is that we don't yet know enough to say who won. Mayor Pete was collecting those cherished "Buttigieg has narrow lead" headlines and speculation by MSNBC's Chris Matthews that he is "the new star" as the Sanders campaign was thanking the people of Iowa because, in their words, from "the partial data released so far it's clear that in the first and second round more people voted for Bernie than any other candidate in the field."

Related Topic(s): Election; Expectations; Iowa Caucus, Add Tags
Add to My Group(s)
Go To Commenting
The views expressed herein are the sole responsibility of the author and do not necessarily reflect those of this website or its editors.