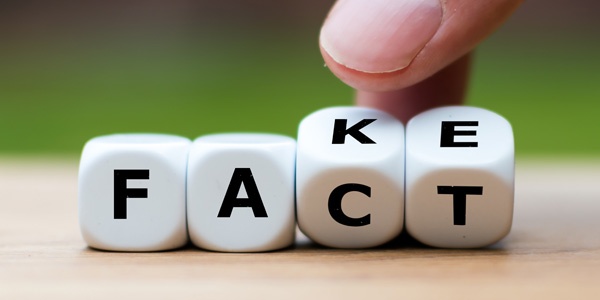 In 1974 Chevrolet ran a commercial with a jingle declaring what could be more American than baseball, hot dogs and apple pie. It is time to guard your food because the GOP has decided to cancel baseball from Americana. Hyperbole you say? That is exactly what their fearless leader in exile, Donald Trump called for just days ago. While whining and decrying the imaginary "cancel culture" of the left, Trump called for a boycott of Major League Baseball (MLB). I kid you not. This is why the fictious cancel narrative is so banal and stupid. Decisions we make in this life carry consequences. We decide a great deal in our life based upon the actions of others. That is normal behavior. So when Georgia passed a racist, anti-democratic voter cheating bill, some businesses rightfully objected. Among those entities was MLB, which decided to move their All-Star game from Atlanta to another state that does not seek to disenfranchise millions of people based on race, ethnicity or socio-economic status.

Make no mistake about it. That is exactly what this new law in Georgia is. That is why Governor Kemp signed it in secret and even had a black state representative arrested and dragged away from daring to knock on his door while he was signing the law. Kemp was shrewd in baking into this law two salient talking points for him and his party. First, he stripped out of the bill certain mandates that were egregiously racist such as banning Sunday voting so he could declare that he tried to make the bill more bipartisan. Secondly, he included some positive mandates such as requiring a minimum of two early voting Saturdays and more alleged resources to prevent long lines (although time will tell on that). So now when you hear any GOP operative speak about the law they hang their hat on these two things and desperately cry that the left and MLB have overreacted!

Except that is not true and mind you this has less to do with the caveat of not allowing water or food to be given out to those waiting in line. That was the poisoned pill Kemp kept in the law so less focused opponents would fight the wrong fight. For every person shouting how inhumane it is to not allow water to be distributed there is an equally opposing voice shouting about electioneering. Now their point is shallow but the argument will do nothing except muddy the waters and is designed to prevent everyone from talking about the real poison in the bill. The provision that should be focused on like a laser is that state representatives get far more power in this bill than they should. Right now, the chair of the state elections board is the elected position of Secretary of State. Under this new law, the state legislature will decide even though the chair is supposed to be non-partisan.

Now for non-political experts this all may seem too far into he weeds so let's bring this more into focus based on recent history. Everyone remembers when Donald Trump tried to steal Georgia by leaning on the Secretary of State, Brad Raffensperger. This is the call where he asked him to simply "find" 11,780 votes, which of course was one more than he had lost by and even inferred that Raffensperger would be breaking the law if he did not. Thankfully, the Secretary of State held his ground and refused to overthrow the will of the people. If this law was in place however, Trump would have been calling the highly partisan Georgia State legislators to do his dirty work and very few people believe they would have refused him. This law in fact seems like a direct response to Trump being unable to convince Raffensperger while the state legislators were all frothing at the mouth over the results. Many to this day insist that the big lie is still true.

So please, stop playing the game the GOP wants you to play. Stop playing into their hands by discussing their talking points. They want a cookie for providing a law that ensures two Saturdays of early voting? Seriously? No. Instead discuss the power grab built into this legislation that turns over the sanctity of Georgia elections to unscrupulous, partisan lawmakers. Discuss the obvious nature of ensuring the Raffensperger dilemma never occurs again. Should Major League Baseball have pulled out of Georgia? Damn straight they should have. Governor Kemp is now trying to play hardball with local businesses that have been critical by raising their taxes? Enough. They should pull up stakes and move to states that do not seek to circumvent our democracy. This isn't a game. Georgia went blue for President Biden and sent two Democratic Senators to DC. This is because of the unprecedented turnout in what has been described as the most secure election in our nation's history. Georgia's own votes were recounted multiple times by hand! Yet we are supposed to believe that a law passed just a handful of months later is about election integrity? When there was no voter fraud to speak of? There is one thing more American than baseball, hot dogs and apple pie and that is our right to vote. Without free and fair elections, we are nothing but a banana republic. Don't let the powers that desire that to force the narrative.

Anthony Wade, a contributing writer to opednews.com, is dedicated to educating the populace to the lies and abuses of the government. He is a 53-year-old independent writer from New York with political commentary articles seen on multiple (more...)

Related Topic(s): Georgia Election; Georgia Politics, Add Tags
Add to My Group(s)
Go To Commenting
The views expressed herein are the sole responsibility of the author and do not necessarily reflect those of this website or its editors.

Preparing the Cover Story for the Theft of the Election

Birth of the Red-Letter Christian Movement

First They Came For the Soda"