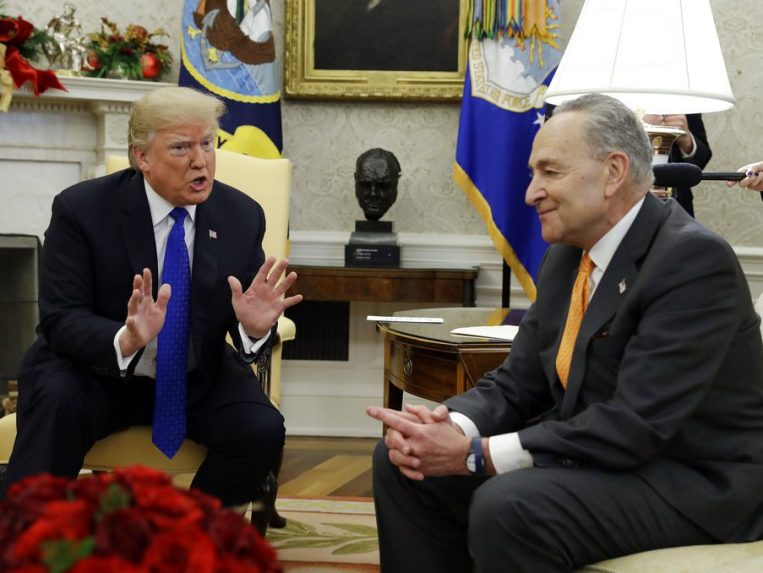 There is a middle-schooler living at 1600 Pennsylvania Avenue.

Here are some highlights from the page-and-a-half diatribe:

Remember that Schumer made a succinct and reasonable request.

Nowhere in the letter does Trump address that request.

Instead, he launches into fallacies and outright lies.

Trump supposedly contacted Schumer shortly after the letter was sent to claim he tried to prevent its delivery.

Maybe it was one of those exercises where someone vents his frustrations in an angry letter and throws it away, and it went horribly awry.

About the correspondence, Sen. Schumer responded:

Although the Trump administration announced it would release 4,000 more ventilators from the federal stockpile, Federal Emergency Management Agency (FEMA) had delivered only 400 by the last week of March.

10,000 ventilators remain in the stockpile, and Trump claims "we are holding it back for flexibility."

Even rear Admiral John Polowczyk stated in a press conference last week, "I'm not here to disrupt a supply chain."

In other words, they are not interested in protecting the lives of average Americans.

Related Topic(s): Corona Virus Coronavirus Covid-19; Health; Pandemic; Trump; Trump Con; Trump Insults; Trump Mental Health; Trump Mental State, Add Tags
Add to My Group(s)
Go To Commenting
The views expressed herein are the sole responsibility of the author and do not necessarily reflect those of this website or its editors.