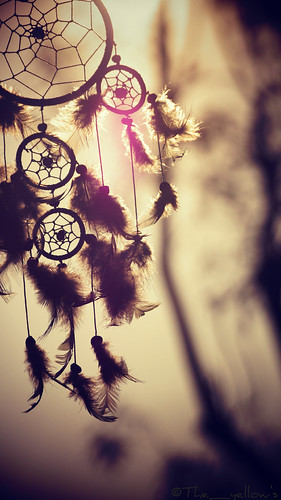 I am beginning to realize that one of my jobs these days is to share what I have learned from my long life as an elder, but also to minimize words! So, here is something I have learned, in as few words as possible, about dreaming and about the way the psyche works . . .

When I say "psyche", think the subconscious intelligence of our older brain that spins our dreams. And remember, psyche = soul, also, the Self, which is behind the vast intelligence of dreaming.. . .

The psyche corrects our self (or ego-) centric thinking and behavior of the day before and it shows us what our life looks like, from inside out. It shows us this to help us survive ourselves and ultimately to flourish. First it equips us with a psychic-energetic body (a dream-body) just so we can navigate another dimension! And then it walks us through an adventure in which we are the subject but also the witness.

But the information of the dream that is being acted out symbolically is objective! Dreams already mean something important. It is our jobs to figure out what. They actually show us what you need to see to be as well prepared as possible to re-enter our waking world. What a gift! And it, the psyche, does this every single night! All we need to do is learn how to be fluent in the oldest language in the world -- archetypal symbolism.

Jung was a young man when he realized this. He immediately set out to become fluent in symbolism. Then he taught others how to understand their dreams. Stay tuned -- to your dreams that is.

Here is more to reflect on:

Stephen Harrod Buhner: "Within the world of indigenous spirituality, the deep relationship with the sacred powers of the universe through dreaming occupies a crucial and central position. (For example: Songs remembered from dreams) were considered the most powerful possession and through them (learning them and using them in healing ritual) the Indian became a person of power and thus more real. Dreams might occur in waking states . . . or while asleep. But their existence was an active part of every culture's expression. Much of the culture's energy revolved around the possibility of their appearance. . .and how they were acted out in the world. Most important cultural ceremonies came from dreams or visions and nothing of significance in a person's life could be undertaken without dreams or visions playing a crucial part." (From Buhner's Sacred Plant Medicine)

Me: Indigenous tribal cultures were geared to honor the sacredness of dreaming, and simply remembering dreams was only half of the "central position" of dreaming in these cultures that Buhner is describing. Dreams constituted the other half of a meaningful and sacred life. It is so easy for us to forget that life is sacred, because without the deeper (dreaming and visionary half) of our birth-to-death experience, life might not feel sacred. We all have our own ways of sanctifying our lives. I don't think Buhner is telling us that honoring our dreaming and visionary birthright is the only way. But he is inviting us to empower ourselves by investing in our dreaming as a way to regenerate ourselves as sacred beings and to rejuvenate our culture in the process.

What about lucid dreaming? It's truly a lost art because we have, for so long, swallowed hook, line and sinker, (from generations of cultural brainwashing) that the ego is in charge, whether things are faring well or going badly. Even when we are just emerging from the dream-state, even before we fully wake up, we begin to fall back into the mindset that we weren't anywhere and that nothing that just happened in a dream really matters. So we have to retrain our minds to slow way down (and there are lots of ways to do that). We have to develop this skill before we try to be successful lucid dreamers, because lucid dreaming is either 1) an ability that special people are born with or 2) we need to see it as a lost Art, that we can learn, by getting good at slowing our brain down without losing consciousness. (In the dream state, it is the reverse, because in the dream our brain is already functioning at a slower frequency and the trick is to to awaken by a tiny degree of self-consciousness without "rocking" the dream-boat!) Anyway, going back to the need to train ourselves to slow down our brains, we can carry that ability into our dream state, and try to exercise it in a dream when something in the dream cues us into the fact that we are dreaming. That's the trick. That is the "Art". There has to be a part of us that is primed to awaken, just slightly, within the dream state. We have to be stalking that awareness as we fall asleep, not for kicks or power or bragging rights but because we want to become better dreamers and take our power (in the Native American sense of power).

Again, it helps to first become somewhat proficient at exercising our innate ability to slow down our brain waves to a frequency that borders on the dream state so we become familiar with how it feels to be in a space where the ego is not calling all the shots. Then, when we are just beginning to wake within a dream, we will be able to "work it" and stay in that semi-dreaming state.

Related Topic(s): Consciousness; Dreams; Jungian Psychology, Add Tags
Add to My Group(s)
Go To Commenting
The views expressed herein are the sole responsibility of the author and do not necessarily reflect those of this website or its editors.