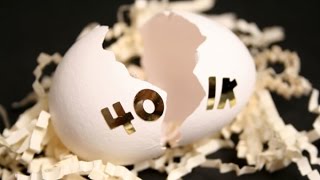 From youtube.com: The State of American Retirement
(Image by YouTube, Channel: The Zero Hour with RJ Eskow)   Details   DMCA

With the federal government largely out of the game over the last decade on issues like the minimum wage, paid family leave and paid sick days, many states and cities have taken the lead to protect their own residents. Although it has gotten much less attention, this has also been the case with retirement policy.

The basic story is that the current generation of retirees is doing OK. Most retirees have incomes that are reasonably in line with their income during their working lives. That's not great: People who were living near the poverty line still find themselves near poverty in retirement. Also, due to the inadequacies of Medicare coverage, many middle-income people and even upper middle-income people can be permanently set back by large medical expenses.

But, a snapshot of the over-65 population today would show a group of people that are not appreciably worse off than those under age 65. However, this situation is changing rapidly.

The main source of non-Social Security income for middle-class retirees is traditional defined benefit pensions. These pensions pay workers a specific monthly sum for as long as they live, with spouses typically enjoying survivor benefits. Recent research from the Census shows that these pensions were considerably more important than had previously been recognized because retirees often understated their pension income on survey questions.

These sums will not go very far in retirement. To get a rough measure, if we divide the amount by 20, the older cohort can look to an income of roughly $5,000 a year from their savings. The younger group can count on just $3,200, although their savings will likely grow further by the time they have retired.

The big problems with 401(k)s is that workers change jobs frequently, which often prevents them from being eligible for benefits. They also often decide to cash out a 401(k) when leaving. In addition, these plans often have high annual fees, sometimes as much as 1.5 percent or even 2 percent of holdings. If workers want to convert their savings to an annuity, an annual payout that lasts through their life, they typically have to surrender 10-20 percent to the insurer making the conversion.

The ultimate retirement benefit will depend on workers' luck and skill as investors, as well as their timing. If they happen to cash out after a stock market plunge like we have just seen, they will find themselves much poorer in retirement than expected.

Seeing the inadequacies of the current retirement system, many states have stepped forward to offer low-cost portable retirement plans through a state-sponsored system. These plans will have the advantage that workers can hold on to the same plan even as they change employers. The fees will also be kept low because the state is pooling across a large number of workers. Many states, including California, New York, Illinois and Oregon, have already gone this route, with many others considering joining the list. This should offer considerably more retirement security to a large number of workers in these states.

This does not mean that the retirement income crisis is solved. It would be highly desirable for these states to offer some type of defined benefit option where workers can guarantee themselves a specific benefit based on a contribution at a given age. For example, a $5,000 contribution at age 35 may be sufficient to guarantee a lifetime benefit of $1,000 a year beginning at age 65.

It also would be good to provide a boost to Social Security benefits, especially at the lower end, which can make a big difference in living standards for low- and moderate-income retirees. Repairing the holes in Medicare will also make a huge difference.

Nonetheless, a number of progressive states have made an extremely important first step in establishing these state-run retirement plans. They deserve credit for addressing a major national problem that has been neglected by the federal government.

Dr. Dean Baker is a macroeconomist and Co-Director of the Center for Economic and Policy Research in Washington, D.C. He previously worked as a senior economist at the Economic Policy Institute and an assistant professor at Bucknell University. (more...)
Related Topic(s): 401k; Issues; Jobs; Retirement, Add Tags
Add to My Group(s)
Go To Commenting
The views expressed herein are the sole responsibility of the author and do not necessarily reflect those of this website or its editors.