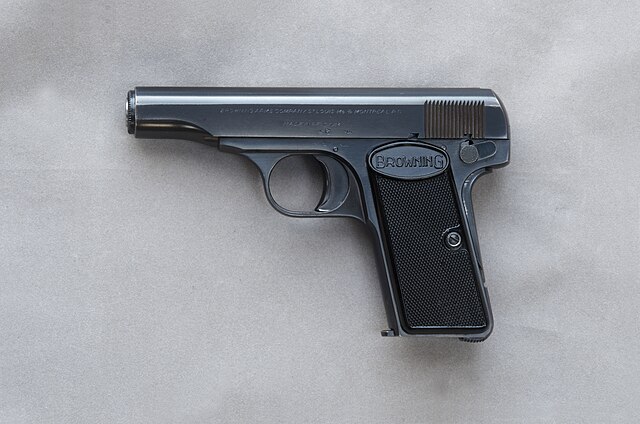 It was just an argument over a parking spot, some say, hinting that the whole thing is Drejka's fault in the first place because he has a reputation for arguing about parking spots.

Drejka's presumptive belief that shooting McGlockton was "necessary to prevent imminent death or great bodily harm" (as the "Stand Your Ground" law requires), they claim, was obviously not "reasonable" (as the law also requires). They want Drejka charged with murder. Some want the law allegedly protecting his conduct repealed.

They're wrong. Drejka's belief that he was in danger of "imminent death or great bodily harm" was clearly reasonable, the law was clearly applicable, and his actions were clearly taken in self-defense. The video tells the story -- not completely, of course, but with a measure of clarity.

Britany Jacobs pulls into the parking lot of Circle A Food Store. Even with several non-handicapped parking spaces available, she pulls into a handicapped-only spot. Her boyfriend (McGlockton) and their son exit the car and enter the store.

A short time later, Drejka pulls up, exits his own vehicle, steps behind Jacobs's car to look at her plate, then begins to verbally remonstrate with her about illegally (and rudely) using a parking spot reserved for the handicapped.

McGlockton exits the store. Jacobs exits her car -- whether to attack Drejka herself, or to distract him while McGlockton attacks, or for some other reason, is unclear. In any case, Drejka is still speaking to Jacobs and seemingly unaware of McGlockton's presence when McGlockton knocks him to the ground.

At this point, Drejka is on his knees and likely dazed. He's just been violently assaulted, by surprise, out of the blue, by someone he didn't even know was there. His actual assailant and a second potential assailant are on their feet and may be preparing to do him more violence. He has neither a duty to retreat nor the ability to do so if he wants to.

It's about five seconds from the time McGlockton attacks Drejka to the moment that Drejka shoots McGlockton. In that five seconds, Drejka has to determine whether or not he is at risk of "imminent death or great bodily harm" and act accordingly. His assessment, whether correct or not, is obviously within reason.

"Stand Your Ground" isn't about cases in which the victim has ten minutes to make a decision while watching a known serial killer approach from afar, wearing a hockey mask, chainsaw in one hand and severed head of his last victim in the other. "Stand Your Ground" is about cases in which a victim has to make a difficult and almost certainly life-changing decision, in a very short time frame, and under extreme pressure.

Related Topic(s): Concealed Carry Guns; Self Defense; Stand Your Ground Legislation, Add Tags
Add to My Group(s)
Go To Commenting
The views expressed herein are the sole responsibility of the author and do not necessarily reflect those of this website or its editors.