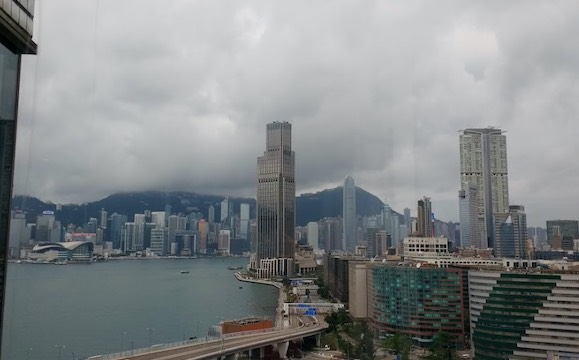 Hong Kong The bipartisan vengeance of the US government and it's pervasive intelligence apparatus, on display currently in its rabid hounding of Wikileaks founder Julian Assange, appears to know no bounds.

But as ugly as the full-court effort to bag Assange, already trapped by US the combined efforts of complicity government in Britain and Sweden and by US economic pressure on the government of Ecuador, are, what it is doing here to a lowly and powerless Sri Lankan refugee family is even worse.

For six years, all the way back to 2013, members of the Kellapatha family have been prevented from uniting in Canada, where they had been seeking permanent asylum from oppression in their native Sri Lanka, with some members already in Canada, and others trapped in limbo here in this Special Administrative Region metropolis on China's southern coast.

Their problem? Back in 2013, at the request of their Hong Kong immigration lawyer Robert Tibbo, generously offered their tiny home in Hong Kong as shelter to another refugee from state repression named Edward Snowden.

Snowden, the famous US National Security Agency contractor who blew the whistle and the lid off of the NSA's massive and ubiquitous internet and telecommunications spying operation by releasing tens of millions of files on the program to the media, was on the run from US law enforcement and ended up trapped for weeks in Hong Kong, where he was forced to hide from authorities even to the extent of putting his shut-town electronic devices in a refrigerator to prevent them from being tracked down by NSA technology.

While initially carefully protected from exposure, the family was eventually tracked down and publicly exposed in 2016 for their act of humanitarian generosity to another threatened refugee after release of the biopic film "Snowden."

Since then, they have found Canada to be unresponsive to their at that point still pending application for asylum.

That leaves the family split. One daughter of Supun Thilina Kellapatha, Keana, the daughter of Supun's first wife Vanessa May Rodel, has been living in Montreal with her mother since they two received Canadian asylum two years ago. But Keana's half-sister, born three months later than Keana to Supun's second wife, Nedeeka Dilrukshi Nonis, is stuck in Hong Kong along with her parents and her three-year-old brother Dinith. The two younger children, both born in Hong Kong, are stateless at present because with their parents having only refugee status in Hong Kong, their births here do not accord them Hong Kong residence either.

To read the rest of this article by DAVE LINDORFF, a former Business Week correspondent in Hong Kong in the 1990s and founding member of the ThisCantBehappening! news collective, please go to: https://thiscantbehappening.net/sri-lankan-refugee-family-that-hid-snowden-in-hong-kong-now-trapped-in-limbo/

Related Topic(s): Asylum; NSA; Refugee Children; Refugees; Spying, Add Tags
Add to My Group(s)
Go To Commenting
The views expressed herein are the sole responsibility of the author and do not necessarily reflect those of this website or its editors.