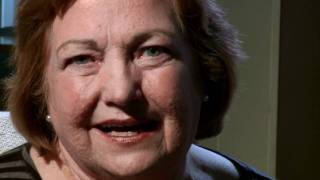 I am very happy to be with you all at this conference. I would like to thank David Swanson and World Beyond War for organizing this important event and also all those attending for their work for peace.

I have long been inspired by the American Peace activists and it is a joy to be with some of you at this conference. A long time ago, as a teenager living in Belfast, and social activist, I was inspired by the life of Dorothy Day, of the Catholic Worker. Dorothy, a nonviolent Prophet, called for an end to war and the money from militarism, to be used to help alleviate poverty. Alas, if today Dorothy (RIP) knew that one in six individuals in the USA is in the Military-Media-Industrial-Complex and armament costs continue to rise daily, how disappointed she would be. Indeed, one third of the USA military budget would eliminate the entire poverty in the USA.

We need to offer new hope to a humanity suffering under the scourge of militarism and war. People are tired of armaments and war. People want Peace. They have seen that militarism does not solve problems, but is a part of the problem. The Global Climate crisis is added to by the emissions of US military, the greatest polluter in the World. Militarism also creates uncontrollable forms of tribalism and nationalism. These are a dangerous and murderous form of identity and about which we need to take steps to transcend, lest we unleash further dreadful violence upon the world. To do this we need to acknowledge that our common humanity and human dignity is more important than our different traditions. We need to recognize our life and the lives of others (and Nature) are sacred and we can solve our problems without killing each other. We need to accept and celebrate diversity and otherness. We need to work to heal the old divisions and misunderstandings, give and accept forgiveness and choose non-killing and nonviolence as ways to solve our problems.

We are also challenged to build structures through which we can co-operate and which reflect our interconnected and inter-dependent relationships. The vision of the European Union founders to link countries together economically unfortunately has lost its way as we are witnessing the growing militarization of Europe, its role as a driving force for armaments, and the dangerous path, under the leadership of the USA/NATO towards a new cold war and military aggression with the building up of battle groups and a European army. I believe the European countries, who used to take initiatives in the UN for peaceful settlements of conflicts, particularly allegedly peaceful countries, like Norway and Sweden, are now one of the USA/NATO's most important war assets.

The EU is a threat to the survival of neutrality and has been drawn into being complicit in breaking international law through so many illegal and immoral wars since 9/ll. I therefore believe NATO should be abolished, and the myth of military security replaced by Human Security, through International Law and implementation of Peace Architecture. The Science of Peace and implementation of Non-killing/Nonviolent Political Science will help us transcend violent thinking and replace a culture of violence with a culture of non-killing/nonviolence in our homes, our societies, our world.

Also the UN should be reformed and should actively take up their mandate to save the world from the scourge of war. People and Governments should be encouraged to evoke moral and ethical standards in our own personal lives and for Public Standards. As we have abolished slavery, so too we can abolish militarism and war in our world.

I believe if we are to survive as the human family, we must end Militarism and War and have a policy of general and complete disarmament. In order to do so, we have to look at what is sold to us as the driving forces for militarism and war.

Under the premises we are sold the opinion that by sending our troops there and facilitating this, we are bringing democracy, rights for women, education, and for the more slightly astute of us, for those of us who see through this war propaganda, we are told that this has benefits for our countries. For those of us who are slightly more realistic about our countries goals in these countries we see an economic benefit for cheap oil, tax revenues from companies expansion into these countries, through mining, oil, resources in general and arms sale.

So at this point we are questioned morally for the good of our own country, or for our own morals. The majority of us do not own shares, in Shell, BP, Raytheon, Halliburton, etc., Shares that skyrocketed (including Raytheon) three-fold since the Syrian proxy war began. The major US military firms are:

The General Public does not benefit from the massive tax expenditure incurred by these wars. In the end these benefits are funneled towards the top. Shareholders benefit and the top l% who run our media, and the military industrial complex, will be the beneficiaries of war. So we find ourselves in a world of endless wars, as large arms companies, and the people who benefit the most have no financial incentives for peace in these countries.

I would first like to address all Americans and thank the young soldiers and all Americans and give them my deepest condolences as I am truly sorry so many soldiers, and civilians, have been injured or killed in these US/NATO wars. It is with great regret that the American people have paid a high price, as have the Iraqi, Syrians, Libyans, Afghans, Somalis, but we must call it what it is. America is a Colonial Power, much like the British Empire. They may not plant their flag or change the currency, but when you have 800 USA bases in over 80 countries and you can dictate what currency someone sells their oil in and when you use the economic and financial banking system to cripple countries and you push which leaders you wish to control a country, such as Afghanistan, Iraq, Libya, Syria and now Venezuela, I feel it is Western Imperialism with a modern twist.

Mairead Corrigan-Maguire was awarded the 1976 Nobel Peace Prize for her extraordinary actions to help end the deep ethnic/political conflict in her native Northern Ireland. She shares the award with Betty Williams.

Related Topic(s): Assange; Militarization; Nobel Peace Prize; Peace; Peace On Earth; Rendition; Speech; World Opinion, Add Tags
Add to My Group(s)
Go To Commenting
The views expressed herein are the sole responsibility of the author and do not necessarily reflect those of this website or its editors.

Stand Up for Julian Assange

Non-Violence and the Lost Message of Jesus

Why Are We Planning To Walk Across The Demilitarized Zone (DMZ) That Separates North And South Korea?