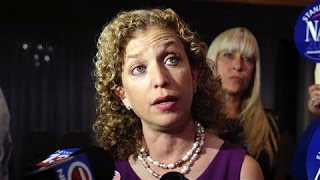 VIPSers Binney and Johnson use the forensics that the FBI avoided doing.

Thinking back, President Barack Obama dropped a huge hint two days before he left office, using his last press conference to point out that the "conclusions of the intelligence community" regarding how WikiLeaks received the DNC emails were "inconclusive." The nerve! Daring to say that just 13 days after the U.S. intelligence Gang of Four briefed Obama up and down on their evidence-free "assessment" that WikiLeaks got the DNC emails via a Russian hack.

This was one time Obama summoned the courage to face down James (the-Russians-are-almost-genetically-driven-to-deceive) Clapper and other intelligence chiefs. After all, Obama is a lawyer. He "does evidence." In contrast, ex-CIA Director John Brennan, told Congress that he does not "do evidence."

Back in the day, the intelligence community "did evidence." As soon as the evidence-impoverished "Intelligence Community Assessment" was published on January 6, 2017, members of Veteran Intelligence Professionals for Sanity (VIPS) smelled a rat. That same day, former NSA Technical Director William Binney and Ray published "The Dubious Case on Russian Hacking."

Then came "The Gaping Holes of Russia-gate," and in July 2017 VIPS published their key forensic-based study "Intel Vets Challenge 'Russian Hack' Evidence," followed by "More Holes in the Russia-gate Narrative," by Binney and Ray.

Even Michael Cohen admitted yesterday that he had no "direct evidence that Mr. Trump or his campaign colluded with Russia." But, he added, "I have my suspicions." We intelligence analysts, back in the day, did not "do suspicions."

There are 1,001 other reasons to impeach President Donald Trump, if Nancy Pelosi had the courage. But politics, not the Constitution, reigns supreme in the people's House to which Founders bestowed an orderly political process to get rid of such a president. Shame on them all.

Ray McGovern works with Tell the Word, the publishing arm of the ecumenical Church of the Saviour in inner-city Washington. He was an Army infantry/intelligence officer and then a CIA analyst for 27 years, and is now on the Steering Group of Veteran Intelligence Professionals for Sanity (VIPS). His (more...)
Related Topic(s): Email; Russia Bashing; Russiagate; Vips, Add Tags
Add to My Group(s)
Go To Commenting
The views expressed herein are the sole responsibility of the author and do not necessarily reflect those of this website or its editors.