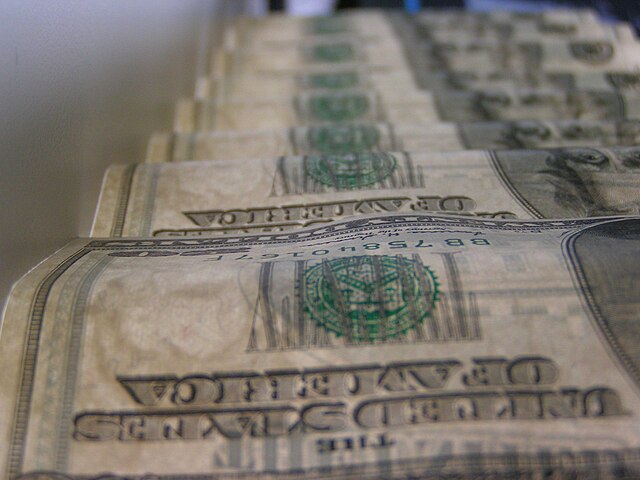 President Donald Trump and Republican congressional leaders rolled out their new tax plan on November 2. Since all bills must have titles, they're calling this one "The Tax Cuts and Jobs Act."

Republican "tax reform" theatrics have worn thin over many months of waiting, but I still prefer a more theatrical title. "A tale Told by an idiot, full of sound and fury, Signifying nothing" rings true. Four centuries later, Shakespeare's MacBeth is a better description of the matter than any coming out of Washington, DC.

Yes, there's plenty of quibbling across the aisle over everything from top rates to the home mortgage interest deduction, but neither party's politicians seem willing to tackle the most basic, indisputable, and relevant fact: Since Congress isn't cutting spending, Congress won't be cutting taxes either.

In 2017, the US government will spend more than $4 trillion. That's 21.5% of Gross Domestic Product, more than one out of every five dollars in wealth created by the US economy.

In order for that wealth to be spent by the political class, it must first be taken from the productive class. To spend a dollar, one must have a dollar. There are three ways to get the money, and all of them are taxation whether they're called that or not.

The first and most obvious way, and the way dealt with in "The Tax Cuts and Jobs Act," is through overt taxation. Personal income taxes. Payroll taxes linked to Social Security and Medicare. Capital gains taxes. Corporate taxes. Tariffs. Etc., etc., ad nauseam.

The second way is borrowing. Government borrowing is more accurately described as deferred taxation. Borrowers have to be paid back. When government borrows a dollar, it is promising its creditors that it will, sooner or later, tax that dollar out of you (or your descendants) to pay back the principal, and that until then it will tax you a little bit each year to keep up interest payments.

The third way is inflation (which is tied to borrowing in ways too complicated and boring for a short column to cover). For all the murky descriptions of what inflation is, it's simple: The government creates more dollars out of thin air, making each dollar in your pocket worth a little less. Inflation is a tax, too. A sneaky tax, but a tax nonetheless.

For every dollar a government spends, a dollar must be taxed. The only exception to that rule is if the government collapses and leaves its creditors unpaid.

In order for Congress to truly cut taxes, it must first balance the budget, then begin cutting that balanced budget. Until and unless it does so, your taxes can only go down in the political imagination, not in reality.

Related Topic(s): Taxes, Add Tags
Add to My Group(s)
Go To Commenting
The views expressed herein are the sole responsibility of the author and do not necessarily reflect those of this website or its editors.