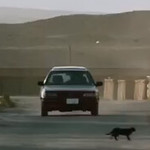 Ten years ago "we" took out bin laden,

to date, no forensics prove the Sheik died;

Abbottabad, a Hope and Change trade-in,

a Bush gift to Barry for The Bailout;

the war on abstract language was begun;

the Russian Vietnam, "our" longest brawl;

a "journo" movie sealed off any doubt.

When Trump re-enacted the raid, in Idlib,

there was restless crazy in the dark crib.

Related Topic(s): Bush; Change; Language; Oil; Oil; Seals; Stuff; Trump; Voodoo Economics, Add Tags
Add to My Group(s)
Go To Commenting
The views expressed herein are the sole responsibility of the author and do not necessarily reflect those of this website or its editors.