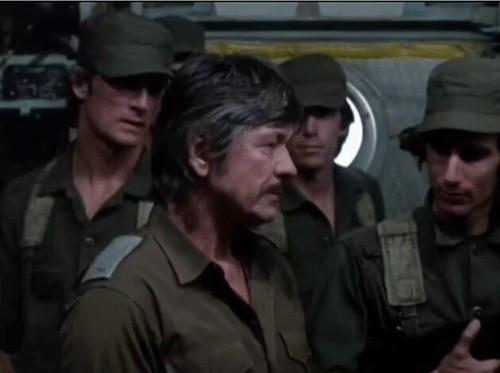 Somewhere embedded in the still's a meme,

a mission I once was on, hostages

were involved, I was on a rescue team.

Wood's debut; Bronson had had a few.

Between scenes, I sat there reading Nietzsche,

I said to Charles when asked, "and a Jew."

True, a goyim Jew, brought in for the picture --

Related Topic(s): Death; Hostages; Meme; Nietzsche; Rescue; Teenagers; Time; Tough Love; Toughness, Add Tags
Add to My Group(s)
Go To Commenting
The views expressed herein are the sole responsibility of the author and do not necessarily reflect those of this website or its editors.