Picture a river flowing down from the mountains to the plains. In the high country where the river's descent is steep and hedged in by canyon walls, it's likely to follow a relatively straight path, basically tracing the shortest route down. Once it gets to the plains, however, there's no big difference between one path and another, and the river will begin to meander. 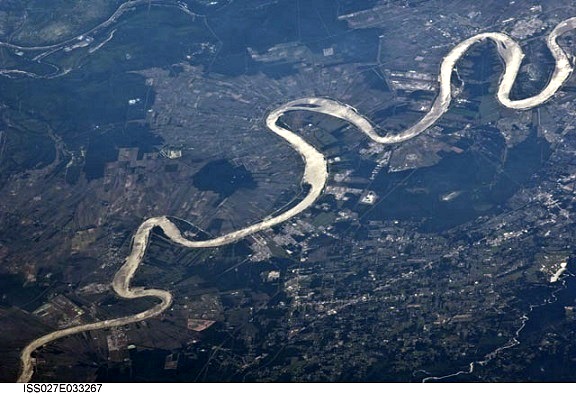 Something similar is true for the jet streams, vast rivers of air that circle the globe from west to east, sometimes reaching speeds of 250 miles per hour. Like rivers, jet streams typically meander north and south. The size of those meanders and the speed with which they gradually drift eastward have major impacts on the weather. The UK, for example, was deluged by record floods i n 2007 and again in 2012 when the jet stream looped far to the south and then stalled, unleashing extended periods of heavy rains. And much of the US has suffered from extremely cold spells, when frigid air that usually stays high in the Arctic spills far to the south, and lingers. 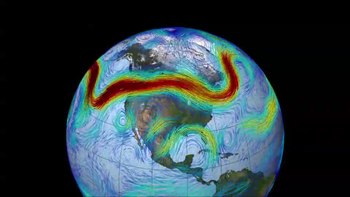 That, in turn, gets us to climate change and quasi-resonant amplification (QRA).

One of the most dramatic impacts of global warming and climate change is that the far north and the far south are warming much faster than the mid-latitudes and the tropics, a phenomenon known as polar amplification. What this means is that the temperature difference between the poles and the tropics--which is what creates and drives the jet streams--is reduced. And like a river crossing a plain, this reduced gradient lets the jet stream meander farther north and south, and also tends to make the individual loops, known as Rossby waves, drift more slowly from west to east.

At the extreme, the meanders in the jet stream can form a stable sequence of exaggerated loops around the planet that can stay in place for weeks or months. This is known as quasi-resonant amplification and its results can be devastating. Warm, sunny days can stretch into deadly heat waves, droughts and ideal conditions for wildfires; while cool, rainy weather can linger, drenching an unlucky region with unprecedented rains and floods.

Michael Mann, a distinguished professor of atmospheric science at Pennsylvania State University, says that this phenomenon has now passed from the theoretical to the all-too-real and threatening. "It played out in real time on our television screens and newspaper headlines in the form of an unprecedented hemisphere-wide pattern of extreme floods, droughts, heat waves and wildfires," he says.

Giving us some sense of the magnitude of this problem, the UN reports that extreme weather events displaced two million people people in 2018.

Unfortunately, Mann adds, climate models indicate that such QRA-caused weather extremes will grow more frequent and more severe unless we get a handle on global warming. We can hope that humanity (and the politicians and corporations who hold the reins) will get their act together, and soon. In the meantime, however, we can all expect more QRAs and the devastating weather extremes they bring coming to a region near us.

Related Topic(s): 2012; Climate; Climate Change; Climate Modeling; Corporations; Corporations; Drought; Flood; Politicians; Weather; (more...) Weather Disasters, Add Tags  (less...)
Add to My Group(s)
Go To Commenting
The views expressed herein are the sole responsibility of the author and do not necessarily reflect those of this website or its editors.

STAY IN THE KNOW
If you've enjoyed this, sign up for our daily or weekly newsletter to get lots of great progressive content.
Series: "Climate change"