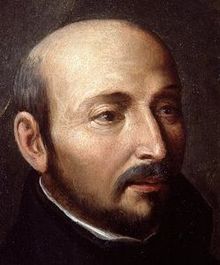 Duluth, Minnesota (OpEdNews) June 29, 2021: The American Jesuit psychiatrist and Freudian analyst W. W. Meissner (1931-2010) wrote a deeply psychological book about the Spanish Renaissance mystic St. Ignatius Loyola (1491-1556) and Ignatian spirituality titled To the Greater Glory --: A [Freudian] Psychological Study of Ignatian Spirituality (Marquette University Press, 1999). The main title is a shortened English version of the Jesuit motto in Latin Ad majorem Dei gloriam (For the greater glory of God). But Meissner does not explain why he shortened the motto in the main title.

In Meissner's 650-page 1999 book, he seems to have imagined his fictional audience primarily as his fellow Jesuits. He wants them to understand that his use of psychological terminology is set forth with all due respect for St. Ignatius Loyola and his work and his achievements - and for the studies published by his fellow Jesuits.

Meissner's 650-page 1999 book is a massive, but at times repetitive, synthesis of Jesuit scholarship about Ignatian spirituality, including works by Jesuit scholars such as Fessard and Pousset and Karl Rahner and Hugo Rahner and others. In the "Index of Names" (pages 651-657), each Jesuit scholar is identified as "S.J." after his surname. (No, Meissner does not mention any of Ong's relevant publications.)

In addition, Meissner's 650-page 1999 book is an ambitious synthesis of his own psychological publications as well as certain works of Freud and Fromm and Erikson and others. In the "Subject Index" (pages 633-650), we find, for example, such key psychological terms as authoritarianism, autonomy, countertransference, depression, ego. generativity, grandiosity, id, libidinal, libido, masochism, narcissism, obsessive-compulsive neurosis, omnipotence, psychotherapy, regression, repression, sadism, sublimation, superego, transference, unconscious. However, Meissner's frequently used psychological term "projective" (as in projection) does not appear in the "Subject Index."

Now, Meissner manages to work in a succinct summary of the Canadian Jesuit biblical scholar David M. Stanley's article "Contemplation of the Gospels, Ignatius Loyola, and the Contemporary Christian" in the Jesuit-sponsored journal Theological Studies, volume 29 (1968): pages 417-443. About it, Meissner says the following:

"Stanley (1968) raised the interesting question whether the Ignatian method [for the exercitant to follow] of detailed imaginative reconstruction of scenes from the gospel narratives can have the same motivational impact on modern exercitants as it might have had in Ignatius' day, especially given the marked shift of cultural interest from the imaginative to the literary. He [Stanley] argues that the residues of medieval piety are alien to modern consciousness, and that the shift from a cultural setting characterized by active use of the imagination antecedent to the invention and dissemination of printing [from the mid-1450s onward] would be offputting to the twentieth century mind. Thus, the kind of immersion in historical detail [in the allegedly historical gospel narratives] and the exercise of pious imagination in recreating circumstances of Jesus' earthly life may not have the same implications today as in Ignatius' time [in the sixteenth century]" (page 182).

It strikes me that Stanley's reference here to "motivational impact" is spot on. That is, for exercitants who are able to imaginatively reconstruct scenes from the gospel narratives, in accordance with Ignatius' instructions, will find themselves motivated by and through their retreat experience following the Spiritual Exercises of St. Ignatius Loyola.

I can personally attest to the motivational impacts on me when I was a Jesuit novice of making a 30-day directed retreat in silence (except for daily conferences with the retreat director) following the Spiritual Exercises of St. Ignatius Loyola.

However, apart from motivational impacts, there may not be any measurable psychological impacts in the short term as a result of making a 30-day retreat in silence (except for the daily conferences with the retreat director) following the Spiritual Exercises of St. Ignatius Loyola. Nevertheless, the short-term motivational impacts may over time produce important psychological impacts in the long term.

Now, the American medieval historian Dyan Elliott of Northwestern University published the book The Bride of Christ Goes to Hell: Metaphor and Embodiment in the Lives of Pious Women, 200-1500 (University of Pennsylvania Press, 2012). In it, she includes the following epigraph from Johan Huizinga's famous book The Autumn of the Middle Ages, translated by Rodney J. Payton and Ulrich Mammitzsch (University of Chicago Press, 1996; originally published in 1919):

"Late medieval thought [roughly a century or so before St. Ignatius Loyola wrote his famous Spiritual Exercises in the sixteenth century] . . . frequently moves living thought from the abstract in the direction of the pictorial as if the whole of intellectual life sought concrete expression, as if the notion of gold was immediately minted into coin. There is unlimited desire to bestow [concrete] form on everything that is sacred, to give any religious idea a material shape so that it exists like a crisply printed picture [or an icon]. This tendency towards pictorial expression is constantly in jeopardy of becoming petrified. . . . [I]n this supernaturalized atmosphere, the religious tension of true transcendence, the stepping away from the material, cannot always occur" (front matter unpaginated; ellipses by Elliott; words in brackets added by me).

For a study related to Ong's interest in the art of memory and to both of the above quotations, see Lina Bolzoni's book The Gallery of Memory: Literary and Iconographic Models in the Age of the Printing Press (University of Toronto Press, 2001).

Related Topic(s): Loyola; Spiritual; Spirituality; Spirituality, Add Tags
Add to My Group(s)
Go To Commenting
The views expressed herein are the sole responsibility of the author and do not necessarily reflect those of this website or its editors.