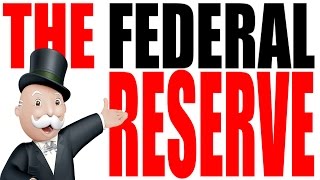 In what is being called the worst financial crisis since 1929, the US stock market has lost a third of its value in the space of a month, wiping out all of its gains of the last three years. When the Federal Reserve tried to ride to the rescue, it only succeeded in making matters worse. The government then pulled out all the stops. To our staunchly capitalist leaders, socialism is suddenly looking good.

The financial crisis began in late February, when the World Health Organization announced that it was time to prepare for a global pandemic. The Russia-Saudi oil price war added fuel to the flames, causing all three Wall Street indices to fall more than 7 percent on March 9. It was called Black Monday, the worst drop since the Great Recession in 2008; but it would get worse.

On March 12, the Fed announced new capital injections totaling an unprecedented $1.5 trillion in the repo market, where banks now borrow to stay afloat. The market responded by driving stocks 8% lower.

On Sunday, March 15, the Fed emptied its bazooka by lowering the fed funds rate nearly to zero and announcing that it would be purchasing $700 billion in assets, including federal securities of all maturities, restarting its quantitative easing program. It also eliminated bank reserve requirements and slashed Interest on Excess Reserves (the interest it pays to banks for parking their cash at the Fed) to 0.10%. The result was to cause the stock market to open on Monday nearly 10% lower. Rather than projecting confidence, the Fed's measures were generating panic.

As financial analyst George Gammon observes, the Fed's massive $1.5 trillion in expanded repo operations had few takers. Why? He says the shortage in the repo market was not in "liquidity" (money available to lend) but in "pristine collateral" (the securities that must be put up for the loans). Pristine collateral consists mainly of short-term Treasury bills. The Fed can inject as much liquidity as it likes, but it cannot create T-bills, something only the Treasury can do. That means the government (which is already $23 trillion in debt) must add yet more debt to its balance sheet in order to rescue the repo market that now funds the banks.

The Fed's tools alone are obviously incapable of stemming the bloodletting from the forced shutdown of businesses across the country. Fed chair Jerome Powell admitted as much at his March 15 press conference, stating, "[W]e don't have the tools to reach individuals and particularly small businesses and other businesses and people who may be out of work ... We do think fiscal response is critical." "Fiscal policy" means the administration and Congress must step up to the plate.

"The political ramifications of the Fed essentially printing money and giving it to people there are ways to do it, but the problem is if the Fed does this and Congress still has not passed anything ...that would mean the Fed has stepped in and done something that Congress didn't want to do. If they did helicopter money without congressional approval, Congress could, and rightly so, end the Fed."

The government must act first, before the Fed can use its money-printing machine to benefit the people and the economy directly.

The Fed, Congress and the Administration Need to Work as a Team

On March 13, President Trump did act, declaring a national emergency that opened access to as much as $50 billion "for states and territories and localities in our shared fight against this disease." The Dow Jones Industrial Average responded by ending the day up nearly 2,000 points, or 9.4 percent.

The same day, Democratic presidential candidate Rep. Tulsi Gabbard proposed a universal basic income of $1,000 per month for every American for the duration of the crisis. She said, "Too much attention has been focused here in Washington on bailing out Wall Street banks and corporate industries as people are making the same old tired argument of how trickle-down economics will eventually help the American people." Meanwhile the American taxpayer "gets left holding the bag, struggling and getting no help during a time of crisis." H.R. 897, her bill for an emergency UBI, she said was the most simple, direct form of assistance to help weather the storm.

Related Topic(s): Bailout; Banks; Bonds; China; Corona Virus Coronavirus Covid-19; Debt; Fed Chairman; Federal Regulatory Agency; Financial; Socialism For The Rich; (more...) Trump, Add Tags  (less...)
Add to My Group(s)
Go To Commenting
The views expressed herein are the sole responsibility of the author and do not necessarily reflect those of this website or its editors.