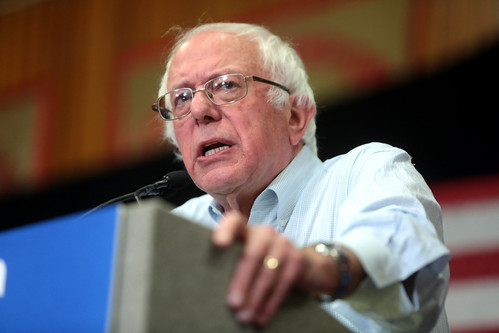 The Trumpites are now clearly running on a very simple, actually simplistic, platform, what I call the "Four R's and an F:" Racism, Red-Baiting, Repression (of the vote), Red China, and Fear. Of course they have to do this because they certainly cannot run on their record of totally failing to deal with the Trumpidemic 2020©, the Crashed Economy (resulting from the Trumpidemic2020[C]), and vigorously, now violently, opposing the "Black Lives Matter" movement at every turn (see Trump's support for an accused murderer at Kenosha and calling the Federal Marshalls' murder of an apparent anti-fascist in Oregon "retribution"). And Trump is actually adopting policies which make it worse every day, even while, as Bob Woodward has told us (and certainly contrary to what I have thought all along), Trump knew exactly what the nature of the pandemic was.

Considering the "Red-Baiting" element of the Trumpite Quintet and what the truth is (that is the true-truth, not some alternative truth), we can turn to a short essay Bernie Sanders recently published, on "socialism," what he means by the term, and what the Trumpites actually do to turn Bernie's meaning totally upside down. Bernie's essay is reproduced below. But first a few introductory comments.

"Socialism" is a term with many meanings. Common to most of them is the economic concept of the collective/"social" ownership of the means of production, exchange, finance, and transportation, intended to provide broad benefits for the population as a whole. It is a system of ownership that is intended to succeed the capitalist mode of ownership, which of course is private, with its primary benefit being the accumulation of profits for both the personal benefit of and the ability for continued private reinvestment of the capitalist owners of the means of production, etc., commonly called "the ruling class."

To maintain its control over the economy the ruling class establishes control of the apparati of State Power, that is the executive, legislative, and judicial branches of government. They may be separated to a greater or lesser extent, in some form of parliamentary democracy, or they may be under unitary control, as in some form of what is commonly called fascism. To a greater or lesser extent, depending upon the goals of whichever ruling class sector happens to be in control of the State (and ruling classes generally do have sectors), social benefits may or may not arise from the capitalist system.

Historically, socialism has been meant to replace capitalism as the means for organizing a society. Since the concept of "socialism" was first invented in 19th century Europe there have been numerous attempts in various countries to replace capitalism with it. One form has been revolutionary socialism (see e.g., the Soviet Union). A few of these have succeeded, at least for a time (see again the Soviet Union). Most have been overthrown by one or more of the major capitalist powers (usually the United States).

Another proposed pathway has been through "democratic socialism," intended to achieve a socialist society through peaceful, parliamentary, democratic means. This has never succeeded overall, although in certain countries in Europe collective ownership of certain elements of the economic system has been achieved, but often then is eventually rolled back, as a result of the very strong opposition from the capitalists and their political parties in those countries.

Of course, when the Trumpites use the term "socialism" none of the history or different forms of socialism come into the conversation. They are simply using it as an epithet, associating it with the color (red) that for one reason or another has been associated with most of its promoted variants since their beginnings in the 19th century. It is in this context that Bernie Sanders offered the following observations (in quotation marks), and also uses the term to describe what a totally inverted version of it Republican policy is most focused on. The Trumpites (and their predecessors, the Republicans) would never admit it publicly, of course. But as Bernie clearly demonstrates their version of "socialism" is a perverted system which would, if ever implemented, produce the exact opposite of what historical socialism has been designed to produce.

It is very important to note that when Bernie uses the term "democratic socialism" in his statement below, he has made it very clear elsewhere that he is not referring to a system with the collective ownership of the means of production, etc. He is rather referring to a capitalist system which, while being based on private ownership, through legislation, taxation, regulation, and government/"social" spending, spreads the benefits of production more evenly throughout the society than it does at present. Bernie's concept is often called "social democracy." I have often referred to what Bernie is proposing as "The New Deal on Steroids." But now let us turn to his statement.

Steven Jonas, MD, MPH, MS is a Professor Emeritus of Preventive Medicine at StonyBrookMedicine (NY) and author/co-author/editor/co-editor of over 35 books. In addition to his position on OpEdNews as a "Trusted Author," he is a Senior Editor, (more...)
Related Topic(s): Bernie Sanders 2020; Billionaires; Capitalism; China; Democrats; Fear; Pandemic; Progressives; Racism; Red-baiting; (more...) Republican; Socialism; Socialism; Socialism For The Rich; Trump, Add Tags  (less...)
Add to My Group(s)
Go To Commenting
The views expressed herein are the sole responsibility of the author and do not necessarily reflect those of this website or its editors.