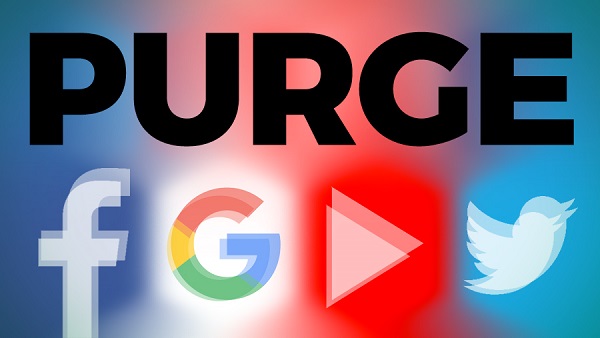 The treatment of Palestinians online serves as a warning that it would be foolish indeed to regard these globe-spanning corporations as politically neutral platforms
(Image by stream.org)   Details   DMCA

There is a growing unease that the decisions taken by social media corporations can have a harmful impact on our lives. These platforms, despite enjoying an effective monopoly over the virtual public square, have long avoided serious scrutiny or accountability.

In a new Netflix documentary, The Social Dilemma, former Silicon Valley executives warn of a dystopian future. Google, Facebook and Twitter have gathered vast quantities of data on us to better predict and manipulate our desires. Their products are gradually rewiring our brains to addict us to our screens and make us more pliable to advertisers. The result, as we are consigned to discrete ideological echo chambers, is ever greater social and political polarisation and turmoil.

As if to underline the ever-tightening grip these tech corporations exert on our lives, Facebook and Twitter decided this month to openly interfere in the most contentious US presidential election in living memory. They censored a story that could harm the electoral prospects of Joe Biden, the Democratic challenger to incumbent President Donald Trump.

Given that nearly half of Americans receive their news chiefly via Facebook, the ramifications of such a decision on our political life were not hard to interpret. In excising any debate about purported corruption and influence-peddling by Biden's son, Hunter, carried out in his father's name, these social media platforms stepped firmly into the role of authoritarian arbiter of what we are allowed to say and know.

Western publics are waking up very belatedly to the undemocratic power social media wields over them. But if we wish to understand where this ultimately leads, there is no better case study than the very different ways Israelis and Palestinians have been treated by the tech giants.

The treatment of Palestinians online serves as a warning that it would be foolish indeed to regard these globe-spanning corporations as politically neutral platforms, and their decisions as straightforwardly commercial. This is to doubly misunderstand their role.

Social media firms are now effectively monopolistic communication grids - similar to the electricity and water grids, or the phone network of a quarter of a century ago. Their decisions are therefore no longer private matters, but instead have huge social, economic and political consequences. That is part of the reason why the US justice department launched a lawsuit last week against Google for acting as a "monopoly gatekeeper for the internet".

Google, Facebook and Twitter have no more a right to arbitrarily decide who and what they host on their sites than telecoms companies once had a right to decide whether a customer should be allowed a phone line. But unlike the phone company, social media corporations control not just the means of communication, but the content too. They can decide, as the Hunter Biden story shows, whether their customers get to participate in vital public debates about who leads them.