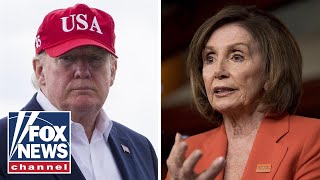 So where are" things" domestically and internationally as we're some three weeks before the end of the year?

Domestically we seem consumed with the Dems impeachment (inquisition?) of Trump with House Speaker Nancy Pelosi pushing the process to impeach him by Christmas.

The Dems know the Republican led Senate won't convict him but Pelosi wants to wrap it up as some sort of Christmas present. Well good luck with that.

By law the Senate will be obligated to take up the House impeachment with the Repubs itching to hold their own hearings that'll reveal the Dems weren't exactly on moral high ground in their pursuit of Trump. The result: no conviction of Trump but politically a citizenry more divided than ever.

An outcome that suits the ruling elite-or deep state, whatever one wants to call it-just fine. Because all the brouhaha the Dems and Repubs create is exactly what the deep state ruling elite want in its divide and conquer strategy i.e. keep the political pot boiling and the focus off them. That's what it's always been about. Making sure a class war doesn't erupt in the US with the hoi polloi taking on the ruling elite.

Thus no matter who wins the 2020 presidential election, a Dem or the "Donald", fundamentally, nothing will change. That goes for the Congress as well. Most of those elected will continue to have their campaigns funded by big corporate, special interest or $billionaires so it'll be business as usual from them as well.

Our endless wars will continue to be funded. The arms industry will continue to get $billions for the unnecessary weaponry they build against "enemies" they've concocted-yet pose no real threat, imminent or otherwise to the US-but necessary to justify the enormous expense to a people made fearful of those "enemies". Without the facade of "enemies" the whole thing collapses in a heap.

The big banks will continue to be too big to fail, the big corporations will get richer, while the illegal, un-Constitutional surveillance of Americans grows with big brother always watching and listening.

As for the people their interests will continue to be ignored.

Meanwhile it's a population seemingly living in a virtual world obsessed and addicted to the smartphone with instant gratification at their fingertips.

Internationally our endless wars will continue, economic sanctions against countries that refuse US hegemony over them including Iran, Russia, Venezuela, Cuba, Nicaragua, Syria, North Korea along with a trade war with China.

Regime change efforts will continue, just recently in Bolivia with president Evo Morales forced to step down-essentially a coup-as the Bolivian military refused to support him. He was granted political asylum Mexico.

Protests continue in Hong Kong against the Beijing government with US Congressional support-talk about US interference in the internal affairs of foreign countries. Hong Kong is a part of China since 1997 when the British relinquished its control. The enclave was granted special status in a one country two system format lasting till 2047. At that time the special status for Hong Kong will be lifted and it'll be fully under the Beijing government.

Retired. The author of "DECEIT AND EXCESS IN AMERICA, HOW THE MONEYED INTERESTS HAVE STOLEN AMERICA AND HOW WE CAN GET IT BACK", Authorhouse, 2009
Related Topic(s): Hearings; Hegemony; Impeachment; Provocation; Sanctions; Threats; Trump, Add Tags
Add to My Group(s)
Go To Commenting
The views expressed herein are the sole responsibility of the author and do not necessarily reflect those of this website or its editors.