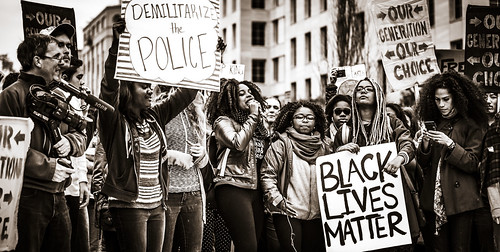 I've been having a difficult time putting words to my irritation with the young Social Justice Warriors who hound the social media outlets today. Not the least of my difficulties comes from the fact that I agree with their goals, a more egalitarian society with equal access to opportunities.

They seem to be "woke" to so many social injustices and fail to see they are privileged to be living on the corpse of the dead culture they want to change.

They who manage to free themselves from the blinding grip of ideological possession long enough to have an independent thought will recognize that the culture they abhor gave them birth, the sustenance, and the education, i.e., the means to change it.

The older folks may not have known it consciously, but they knew it in their DNA. Because this is the history of humanity. At any given moment existing cultures are dead. They are the past telling the present not to change a thing. But the young always respond by saying, "uh uh, we can make it better." And thank goodness they do!

I know the young rarely learn from an older person's experiences and that's what keeps us going forward. Thank goodness again. But the failure to acknowledge the good with the bad of the past is tantamount to committing the same errors.

It may come as a surprise, but the existing (read "old dead culture") was new once upon a time. And the SJW's of the past spent as much energy and effort to change the old into the new as the new SJW's are doing today.

You see, it's in the best interests of the new SJW's to honor the spirit of the dead corpse they live on, even if they're repulsed by its apparent ignorance. Because what may appear as ignorance today, was the spirit that sustained those old SJW's to make the changes that allow the young to exercise their commitment to change today.