Source: The Guardian
The NSA whistleblower says: "I have never spoken with, worked with, or provided any journalistic materials to the Independent" 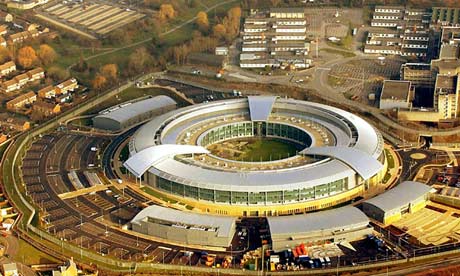 The Independent this morning published an article -- which it repeatedly claims comes from "documents obtained from the NSA by Edward Snowden" -- disclosing that "Britain runs a secret internet-monitoring station in the Middle East to intercept and process vast quantities of emails, telephone calls and web traffic on behalf of Western intelligence agencies." This is the first time the Independent has published any revelations purportedly from the NSA documents, and it's the type of disclosure which journalists working directly with NSA whistleblower Edward Snowden have thus far avoided.

"I have never spoken with, worked with, or provided any journalistic materials to the Independent. The journalists I have worked with have, at my request, been judicious and careful in ensuring that the only things disclosed are what the public should know but that does not place any person in danger. People at all levels of society up to and including the President of the United States have recognized the contribution of these careful disclosures to a necessary public debate, and we are proud of this record.

"It appears that the UK government is now seeking to create an appearance that the Guardian and Washington Post's disclosures are harmful, and they are doing so by intentionally leaking harmful information to The Independent and attributing it to others. The UK government should explain the reasoning behind this decision to disclose information that, were it released by a private citizen, they would argue is a criminal act."

In other words: right as there is a major scandal over the UK's abusive and lawless exploitation of its Terrorism Act -- with public opinion against the use of the Terrorism law to detain David Miranda -- and right as the UK government is trying to tell a court that there are serious dangers to the public safety from these documents, there suddenly appears exactly the type of disclosure the UK government wants but that has never happened before. That is why Snowden is making clear: despite the Independent's attempt to make it appears that it is so, he is not their source for that disclosure. Who, then, is?

Related Topic(s): Edward Snowden; Government Accountability; Independent Voters; Publishing, Add Tags
Add to My Group(s)
Go To Commenting
The views expressed herein are the sole responsibility of the author and do not necessarily reflect those of this website or its editors.