Click Here to Remove All Ads
So to source 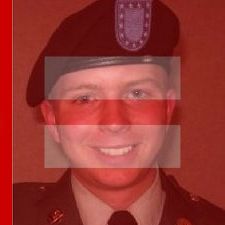 Glenn Greenwald's column in The Guardian the other day, " The gay marriage snowball and political change ," makes an important point about how the growing momentum of the movement for same-sex marriage rights demonstrates that change, even radical and rapid change, is possible.   No matter what the outcome of the present Supreme Court deliberations, we have already witnessed an extraordinary, and extraordinarily rapid, change in social ideology, as well as legal and institutional practices. As Greenwald says: "It's conventional wisdom that national  gay marriage  is inevitable; the tipping point has clearly been reached . " It really is a bit shocking how quickly gay marriage transformed from being a fringe, politically toxic position just a few years ago to a virtual piety that must be affirmed in decent company."

For Greenwald, this dramatic cultural and political reversal is an object lesson against defeatism, showing that "even the most ossified biases and entrenched institutional injustices can be subverted - if the necessary passion and will are summoned and the right strategies found."  And a true and good point that is.

Greenwald, for whom this issue is a matter of personal as well as social injustice, also recognizes that acceptance of same-sex marriage has "one could say ... been more institution-affirming than institution-subverting."  As well as "revitalize[ing] a traditional institution - marriage - that heterosexuals have been in the process of killing with whimsical weddings, impetuous divorces, and serial new spouses," it's a change that "tak[es] a once marginalized and culturally independent community and fully integrat[es] it into mainstream society, thus making that community invested in conventional societal institutions."  And, he recognizes, same-sex marriage does not "threaten entrenched ruling interests: "undermine oligarchs, the National Security State, or the wildly unequal distribution of financial and political power." As Greenwald understands, same-sex marriage's fundamental non-challenge to oligarchy and imperialism is among the reasons that "gay Americans and their close supporters were able to assemble substantial financial and political clout (a redundancy) that remains unavailable to opponents of other types of injustice."

I think Greenwald shares my hope that everyone who supports, as I do, the right of everyone to love and marry whomever they want, will be equally persistent in speaking up and  fighting for change that will make our society one where no one lives in poverty, homelessness, and healthcare penury, and one which does not impose on select children and other living things around the world a cowering fear of the next bomb falling on their heads, or the next bulldozer crushing their homes, because they happen to be the kind of people who displease the Exceptional American Imperial Gods.

Let's start simply. Everyone in the decent company for whom gay marriage is now a virtual piety might, for example, advance their thoroughgoing concern for human rights by taking up the challenge posed by Andy Thayer of Chicago's Gay Liberation Network, and support -- with their voices and bodies and dollars -- the cause of Bradley Manning, a young gay man whose struggles with his emerging gay identity both helped him to see and act against injustice and aggression perpetrated by his own country, and have been used by his own country to subtly pathologize his actions.  Bradley Manning is a young gay man who, at least as much as prospective gay husbands, is standing up for the human rights of everyone, and for the right of all citizens to know what kind of crimes their government has got them involved in.  He is arguably "the most important whistle-blower of our era, a gay man" standing up to a "Justice Department that has prosecuted more whistle-blowers than the combined total of every [previous] President." For his impertinence he has been subject to "sexually humiliating torture " tinged in homophobia," and indicted under charges that carry the death penalty. As Thayer points out: "[U]nlike any number of air-head celebrities, he's actually done something to support social justice, rather than mined charitable causes for personal fame and fortune."

I'm sure that Glenn Greenwald, who has written eloquently about the man, would agree that Bradley Manning's cause, among others, is one that deserves the full support of all the proponents of gay marriage rights as a color in the rainbow of human rights.  It's a great place for the couples who are winning their rightful place in conventional societal institutions to carry on the fight for righteous and courageous whistleblowers to be protected from somewhat more oppressive societal institutions, and a great place for everyone who has been posting red squares on their Facebook profile to demonstrate their commitment to the full spectrum of human and political rights, even in ways that may not be as welcome today in decent company.  (Especially if "decent" means "Democratic," since -- let's face it -- supporting Bradley Manning and what he stands for means opposing his persecutors and what they are doing.)

So, by all means, let's take Greenwald's point, and summon "the necessary passion and will" to make some more of the changes we need -- changes that are going to have to be at least as radical and rapid.

I admit being quite skeptical that the wave of support that's gone from progressives and liberals to moderate Republicans for same-sex marriage rights will snowball into an avalanche of passionate commitment among any of these groups to changing other egregious social ideologies and practices that have become, if anything, more firmly embedded in the American psyche over the past dozen years, creating a truly sulfurous political landscape. One has only to look at what Greenwald identifies, in his own previous column, as the "ugly mindset " that leads the US public to support more than a decade of US killing and rights abridgments aimed primarily at Muslims, including their fellow citizens" -- a mindset that has been ignored (i.e., implicitly accepted), and sometimes explicitly defended, by many prominent liberals and progressives.

So I carry a sense of how slim the prospects are at the moment for building the kind of momentum that can sweep away all that, even as I fully endorse Greenwald's rejection of defeatism. We must hold to the truth that "radical, positive, and relatively fast political change is always possible, no matter how formidable the obstacles seem."

Related Topic(s): Bradley Manning; Marriage Equality; Military Whistleblowers; Rights; Same-sex Marriage; Whistleblowers-ing; Whistleblowers-ing, Add Tags
Add to My Group(s)
Go To Commenting
The views expressed herein are the sole responsibility of the author and do not necessarily reflect those of this website or its editors.