"You road I travel and look around! I believe you are not all that is here! I believe that something unseen is also here." Walt Whitman, Poem of the Road 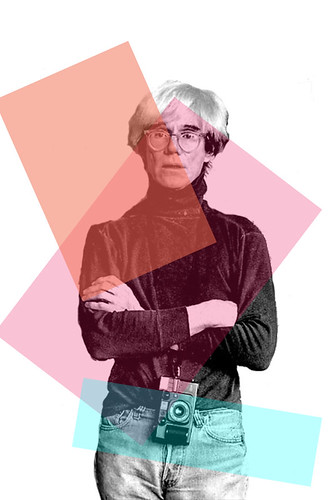 Jimmy C., age 9, died on the evening of Dec 28, 19_ _ from a gunshot bullet to the heart. He was shot by his seven-year-old brother Dennis, while, as The New York Times reported, "the two were playing with a rifle in a neighbor's apartment in the northeast Bronx." The boys were visiting with their mother and found the rifle under a bed. It was loaded and accidently fired, hitting Jimmy in the chest.

Another boy, age ten, was sitting on a closed toilet seat two miles away. The bathroom was warm and steamy and the boy was talking to his father, for whom he was named. His father was shaving. An only son with seven sisters, the boy adored his father, and, enclosed in this intimate setting, he felt embraced by his father's love and protection. For a young boy to watch his father shave and to converse with him alone about sports was pure heaven.

His father switched on a small transistor radio so they could hear basketball scores. A report came over the radio that a young boy had been accidently shot and killed by his brother in the Bronx. Then the names came. They were his brother's sons. Heaven turned to hell. His father, half-shaved, toweled his face and ran from the room. The boy sat there stunned. When he emerged from the bathroom, his father had already left to comfort and assist his brother, the father of the dead boy.

The ten year old could remember nothing of what followed. It all went blank and was never discussed, as if it never happened. He was haunted by this void.

A professor was sitting with his secret lover in a college cafeteria. It was winter and their table was deep into the room by tall windows. There was snow on the ground. They were talking about a mutual friend named John because he had been looking at them oddly in recent days and they suspected he might have realized that they were lovers. Suddenly, John entered the dining hall at the far door. He saw them and started walking toward their table. As he approached, the professor said, "Well, look who's here, if it isn't the devil himself. We were just talking about you, John."

The bespectacled John laughed, said hello to the woman, and sat down next to the professor. He was so close that when the professor turned to talk to him, he was looking into his right eye, as can happen at a close distance.

Suddenly, what sounded like a gunshot rang out and everyone all around turned toward the tall windows. The professor quickly turned back to John and said, "I'm sorry, John, I didn't mean to break your glasses." The right lens in John's glasses was shattered. There was no gunshot, only the power of a look. The three were stunned. In the days that followed, John went about seeking answers from physicists and opticians. None could explain it.

Years later, the woman remembered the incident differently, perhaps because she was the odd one out, but the two men were certain that the professor had shattered John's glasses. Both are still astounded.

John said he was at least glad that the look didn't kill him.

A few years later, a man was wandering around the diamond district in New York City. It was a Sunday morning and the streets were deserted. He had come to buy some books at the Gotham Book Mart on West 47th St., whose slogan was "Wise Men Fish Here." Many a famous author had frequented the shop over the years Eugene O'Neill, J. D Salinger, Dylan Thomas, et al. It was a cultural treasure whose contents are now archived at the University of Pennsylvania. The man had arrived too early and the store hadn't opened, so he aimlessly wandered up and down the empty street, finally stopping to gaze into the window of a large, glass-enclosed jewelry store on the corner. He walked into the entranceway and looked through the window when he spied a ghost-like figure staring at him through the glass windows from the street. He tried to avoid looking at this spectral figure, but when he looked up the face was stock-still and staring at him through pale spectacles. His hair was white and his face its equal. It gave him a creepy feeling and so he walked out toward the street to confront this pale phantom. When he got to the street, the strange man met him and, raising a tiny camera, shot him.

The victim of this photographic assault said, "Did I give you permission to take my picture?"

Related Topic(s): Dreams; Facts; Killed; Life Calling; People; Strange, Add Tags
Add to My Group(s)
Go To Commenting
The views expressed herein are the sole responsibility of the author and do not necessarily reflect those of this website or its editors.