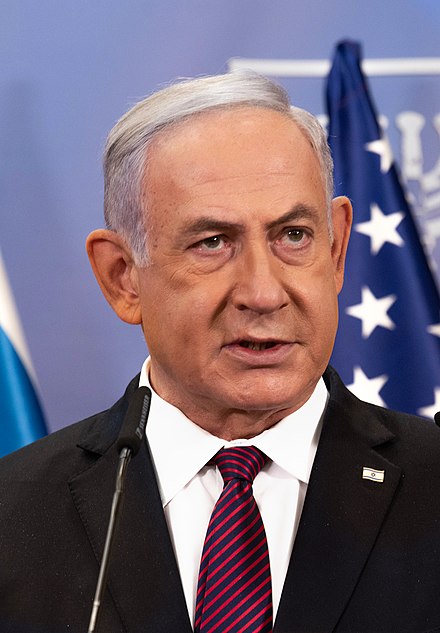 This article, in which we learn more about the current bomb-making technology, and the rationales that the bomb-makers and users develop to justify their making, sale, and use, than they perhaps wanted to expose to the public, certainly shows that Biden has no power over the rogue state of Israel (combined, of course, with no position of moral suasion with Hamas). A strong position of the need for a two-state solution is what Biden could still do, and still needs to, in the wake of this latest paroxysm of disproportionate violence.

A good diplomat could probably find a way to work with Mahmoud Abbas and discredit the only arguably nationalistic and surely cynical and ideologically driven Hamas as clearly not caring if Gaza is ever rebuilt, while using the threat of not supplying all these sexy new bombs to induce Israel to stop encouraging the "settlers", and even using troops to guard them, while they throw worshippers out of Al-Aqsa Mosque, as they did yesterday.

I mean, everyone knows that if Israel wants to, it can leave no stone on stone and kill the population of Gaza in a week or two. It's a city of 2 million people in a space of 10 miles by 14 miles, and only 85 square miles of that was habitable land before the latest Israeli bombing campaign downtown against the Hamas tunnel system. Given the density of Gaza's population, there is no way that the Israeli actions can be anything but disproportionate.

The world knows that the Gazans, and the Palestinians in general, are helpless before Israeli military might; the world doesn't need convincing of that. And it also knows where Israel gets the conventional higher-and-higher-tech weapons by which the IDF destroys people and the places they live.

And, of course, there are the nukes which Israel won't acknowledge the existence of, so we assume they have their own sources for uranium to turn into weapons. It would be the crowning, world-threatening hypocrisy if that uranium was dug from American soil, or sold to Israel, even by proxy, by American commercial interests.

As I wrote the last paragraph, it struck me: I've never thought about that question before, never seen it asked. Where DOES Israel get uranium to enrich to weapons-grade?

All reports I have ever read in the last 10 years indicate that Israel's arsenal includes somewhere between 200 and 400 nuclear warheads. What nation or nations, or what private mining company, sells them the ore for enrichment?

What nation or nations, or interests of any kind, are willing both to effectuate a potentially world-destroying geopolitical wild card for the price of some number of shekels per ton of ore, and to keep the transactions completely and unverifiably secret?

Israel is a nation a little larger than Massachusetts, it's not mining uranium from its own land. Did any of the billions of dollars of "foreign aid" the US has given Israel over the decades go to buy uranium?

Gaza is Israel's Warsaw Ghetto. We must not wonder that Hamas and Islamic Jihad keep firing their decades-outdated Katyusha unguided rockets (what did we use to know them as in Nam, 106s and 122s?), even knowing that the US-supplied Iron Dome System will take 90+ percent of them out of the air that don't misfire and fall short.

Gaza now has virtually no drinking water and no food. Maybe Israel has tried to be compassionate on some level, with their "knock-knock" rockets to warn civilians to leave the homes they will no longer have in an hour, but that's still men, women and children with no homes to stay out of the rain and wind, picking through rubble for any surviving objects, wandering away from their destroyed lives, looking for the next place they can go to to become an Israeli target. The psychological damage done to a people by the constant living in fear of their lives will take a miracle of sociopolitical enlightenment, and action based upon compassion, to redress.

However, I've been re-reading The Rise and Fall of the Third Reich the last few days. William Shirer spent two decades covering the Nazis, and was an old family friend, given my father's five years in two Navies spent fighting them.

My father was also one of very, very few civilian Americans who ever got to visit Nazi Germany. In 1938, when Dad was a 17-year-old Harvard student, he was invited, as part of a group of young Ivy-Leaguers, to visit the country by Ernst (Putzi) Hanfstaengl, chief of the Nazi Foreign Press Department, a Harvard man in the early part of the century.

Dad knew very quickly who and what he was destined to fight; an eminent civil-rights attorney, he once famously told one of his legal colleagues, "Every man's got a right to one prejudice: AND MINE'S NAZIS!" I am my father's son in that.

Related Topic(s): Arms Sales; Defense Corporations; Hamas Rockets; Israeli Bombing; Militarization; Sale Of Uranium To Israel; The Rise And Fall Of The Third Reich; William Shirer, Add Tags
Add to My Group(s)
Go To Commenting
The views expressed herein are the sole responsibility of the author and do not necessarily reflect those of this website or its editors.