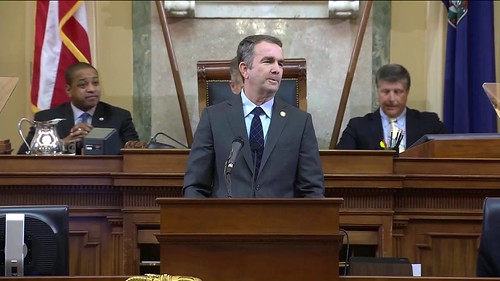 Well, I'm sure glad the Virginia abortion bill was defeated," said Susan, as she laid her dinner tray on the table.

I raised an eyebrow. "I thought you were pro-choice?"

Susan sat down and put her napkin on her lap. "I am. But the ninth month? That's a viable baby we're talking about in the third trimester."

"Can't argue with that. Preemies are surviving at younger and younger ages," said Jamie. "22, 23 weeks gestation. We have a 24 weeker in our NICU."

Susan nodded. "I wish we didn't have to have any abortions, but if it's necessary, it should be no more than 12 or 16 weeks.

"Yeah, fetuses can't make it on their own that young. You can make the ethical argument." Jamie sipped her soup. "Even though I'm more comfortable with just first trimester. Blastulas."

"Did you hear what the Virginia governor said?" asked Susan. "About keeping the baby comfortable after delivery until Mom and the doctors decide what to do, whether to resuscitate."

"Yes. It, um, kind of seems illegal, doesn't it?" I frowned. "There are women in jail for killing their babies after birth. Why would anyone support that?"

"The Governor did. Ralph Northam. And he used to be a pediatric neurologist years ago." Susan shook her head.

"Aha, that explains it," said Jamie. "I heard his interview, and now I understand. He was talking like a doctor, not a politician."

"What do you mean?" Susan asked.

"Honestly, third trimester abortions are brutal. And rare. Usually they only happen if the mother's life or health is in danger. Especially now with all the tests and monitoring we can do in the first two trimesters to ensure Mom and Baby are healthy." Jamie sighed. "I'd bet he was thinking of cases, maybe from the past, where a fetus died in utero, or had severe genetic deformities or organ failure. Situations where intrauterine diagnosis and treatment couldn't help. Like anencephaly."

"Ultrasound could show that a term fetus had no functional brain. The baby would be delivered anyway, but it wouldn't be resuscitated unless the parents and the doctor had agreed. Some infants with anencephaly can live on their ownfor up to a week. It's devastating for everyone, especially the parents--if they didn't know and expected a healthy baby."

Jill Jackson is a writer, mother, wife, military veteran, and hard-core pacifist and liberal. She swallowed the red pill after 9/11.
Related Topic(s): Abortion; Disabilities; Rights, Add Tags
Add to My Group(s)
Go To Commenting
The views expressed herein are the sole responsibility of the author and do not necessarily reflect those of this website or its editors.