Good quality sleep, 6-8 hours per night but not more, is statistically associated with longevity. Is there a causal connection? Experiments with rats and data from people doing shift work suggests that yes, there is. But how to get good sleep, and even what good sleep means varies widely from one person to the next. Different people need more or less sleep, and different sleep schedules can work with different job schedules and life styles. Regularity is important, and changing sleep patterns from day to day is not good for you. Melatonin supplements can be an aid to regular sleep, and melatonin is itself a longevity hormone. If you are one of those people who wakes after a few hours in bed, you need not fight with your body to sleep through the night. A scheduled period of waking in the middle of the night can be part of a regular daily cycle, and you may find the midnight time is especially good for inspirational or creative activities. 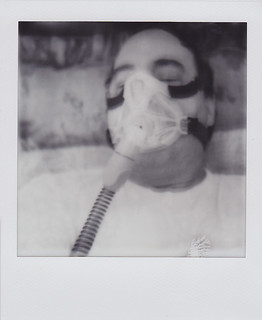 George was my partner in piano duets and also my buddy in all things concerning health and longevity. We did yoga and meditation, jogged and cycled and gently competed, never for speed. We discovered caloric restriction and got skinny together in the mid-1990s. George worked nights as engineer at a TV station, and didn't like to sleep during the day. Some evenings he caught a couple of hours of sleep before reporting for work, some evenings he would just catch a few winks duing his midnight "lunch" break. A few weeks past his 60th birthday, George fell asleep in front of his TV and never woke up.

I've learned to take sleep seriously as a longevity factor. Just what to do about it isn't so clear. (And yes, TV viewing is a mortality risk independent of lack of exercise.)

Sleeping more than 8 hours per night adds 20% to mortality risk, and sleeping less than 6 hours adds 10% [ref]. The added mortality is not associated with any particular disease.

For some people, sleeping in total darkness helps to maintain continuous sleep. Light is a strong trigger for depressing melatonin, and some researchers say that even the light that gets through the eyelids reduces melatonin in the blood. Sunlight or bright blue light can help with morning wakefulness, again in some people more than others.

Melatonin is a natural hormone, available inexpensively without prescription, and used by many people to regulate sleep. In our natural circadian rhythm, melatonin in the blood peaks at bedtime, and makes us feel sleepy. Conversely, disappearance of melatonin from the blood precedes waking in the mornoing. You can try melatonin at bedtime to help get to sleep, or if you're one of those people who wakes after a few hours in bed, you can try melatonin in the middle of the night. Mice that are given daily melatonin live longer [ref, ref]. Experiment with the dosage. mg or 1 mg is plenty for most people, and some people find that too large a dose makes them groggy the next day. Caution: Melatonin can exacerbate sleep apnea in some people.

"Magnesium apparently plays a key role with sleep. Research has shown that even a marginal lack of it can prevent the brain from settling down at night. You can get magnesium from food. Good sources include green leafy vegetables, wheat germ, pumpkin seeds, and almonds. Check with your doctor before taking magnesium supplements. Magnesium can interact with many different medications, and too much of it can cause serious health issues."

Narcotics and alcohol can help you fall asleep, but I think they're a bad idea, likely to make you sleepy during the day, and need more sleep in the long run. Not recommended. I advise avoiding even the new generation of sleep medications (Ambien, Rozerem, etc).

Caffeine can interfere with sleep if taken late in the day, and even if you take it early in the day it might it might not help your energy level in the long run. Coffee consumption is not associated with increased mortality risk, and may even have a modest longevity benefit [ref]. But habitual consumption of caffeine causes the body to reset to a lower energy level (classic addiction response). So I use caffeine sparingly, when I'm speaking or writing and I want to assure an enhanced level of alterness and verbal fluency, and I remain sensitive and responsive to very small hits of caffeine.

Finish eating about 3 hours before bedtime, so digestion doesn't interfere with sleep. A longer period of fasting before bedtime may be fine, if you are not kept awake by hunger.

Fifteen years ago, I had no idea that I was stopping breathing frequently during the night until my wife noticed and alerted me. Sleep apnea is the most common sleep disorder in the world, and increases in prevalence with age. Statistics are soft because there are more cases unrecognized than on record.

I went in to a clinic, and spent a night there, wired up to a machine that monitored my breathing and heart rate. I was incredulous when the doctor told me that through the parts of the night when I was asleep, I was in a 3-minute cycle, holding my breath until the CO2 buildup woke me up, gasping as I awoke, gradually calming my breathing, falling back asleep, and beginning the cycle all over. I didn't remember any of this, and demanded to see the recording, before I was convinced.

Much later, with focused attention as I was napping during the day, I could observe myself falling into a pattern of holding the breath until I awoke in a panic. Apnea left me tired sometimes during the day, with occasional bouts of narcolepsy.

Long term risks of apnea include heart disease, stroke and loss of brain cells. It's not the oxygen deprivation that is the problem, but the re-oxygenation afterward that causes the damage.

Related Topic(s): Health; MEDITATION; Meditation; REM Sleep Disorder; Yoga, Add Tags
Add to My Group(s)
Go To Commenting
The views expressed herein are the sole responsibility of the author and do not necessarily reflect those of this website or its editors.