Reports suggest Trump is about to unveil a massive relief program, but on condition Palestinians work in Egypt under an Israeli "Greater Gaza" plan 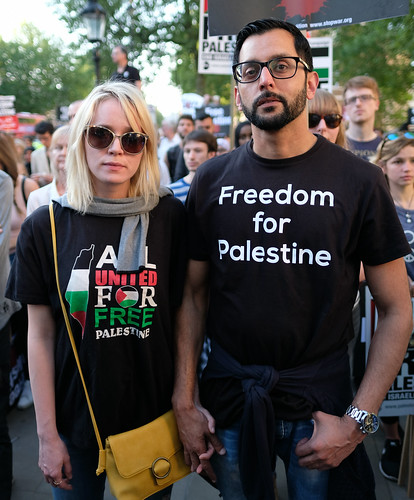 Israel and the US are in a race against time with Gaza. The conundrum is stark: how to continue isolating the tiny coastal enclave from the outside world and from the West Bank -- to sabotage any danger of a Palestinian state emerging -- without stoking a mass revolt from Gaza's two million Palestinians?

In Gaza, Israel does not have the luxury of time it enjoys in the West Bank and East Jerusalem, the two additional Palestinian territories it occupies. In those areas, it can keep chipping away at the Palestinian presence, using the Israeli army, Jewish settlers and tight restrictions on Palestinian movement to take over key resources like land and water.

While Israel is engaged in a war of attrition with the West Bank's population, a similar, gradualist approach in Gaza is rapidly becoming untenable. The United Nations has warned that the enclave may be only two years away from becoming "uninhabitable," its economy in ruins and its water supplies un-potable.

More than a decade of a severe Israeli blockade as well as a series of military assaults have plunged much of Gaza into the dark ages. Israel desperately needs a solution, before Gaza's prison turns into a death camp. And now, under cover of Donald Trump's "ultimate peace plan," Israel appears to be on the brink of an answer.

Recent weeks have been rife with reports in the Israeli and Arab media of moves by Washington and Israel to pressure Egypt into turning over a swath of territory in northern Sinai, next to Gaza, for infrastructure projects designed to alleviate the enclave's "humanitarian crisis."

Late last month Hamas, which rules Gaza, sent a delegation to Cairo to discuss the measures. This followed hot on the heels of a visit to Egypt by Jared Kushner, Donald Trump's son-in-law who is overseeing the Middle East peace plan.

According to reports, Trump hopes soon to unveil a package -- associated with his "deal of the century" peacemaking -- that will commit to the construction of a solar-power grid, desalination plant, seaport and airport in Sinai, as well as a free trade zone with five industrial areas. Most of the financing will come from the oil-rich Gulf states.

Egyptian diplomatic sources appear to have confirmed the reports. The program has the potential to help relieve the immense suffering in Gaza, where electricity, clean water and freedom of movement are in short supply. Palestinians and Egyptians would jointly work on these projects, providing desperately needed jobs. In Gaza, youth unemployment stands at over 60 percent.

It has been left unclear whether Palestinians from Gaza would be encouraged to live close to the Sinai projects in migrant workers' towns. Israel will doubtless hope that Palestinian workers would gradually make Sinai their permanent home.

Egypt, meanwhile, will benefit both from the huge injection of capital in an economy currently in crisis, as well as from new infrastructure that can be used for its own population in the restive Sinai peninsula.

It is worth noting that for two years an Israeli cabinet minister has been proposing similar infrastructure projects for Gaza located on an artificial island to be established in Palestinian territorial waters. Israeli Prime Minister Benjamin Netanyahu has repeatedly balked at the proposal.

Locating the scheme instead in Egypt, under Cairo's control, will tie Egyptian security concerns about Gaza to Israel's, and serve to kill the Palestinian national cause of statehood.

Related Topic(s): Al-sisi; Egypt; Hamas; Israel; Palestinian; Trump Hypocrisy; Trump Israel, Add Tags
Add to My Group(s)
Go To Commenting
The views expressed herein are the sole responsibility of the author and do not necessarily reflect those of this website or its editors.