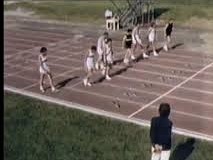 Remember Monty Python's "Silly Olympics" and the "100 yard dash for people with no sense of direction"? Some terrific acting, some creative camera work, and absolutely silly. It is with this in mind that the films discussed below (and later in "Part II") have been nominated for consideration in a Hollywood Olympiad under the category of "Silly Films made by people with no sense of directing." They are not the only silly films in circulation, just the most recent, and the most deserving.

What can be said about a film that takes as its subject someone who lied the country into an illegal war, instituted a world-wide torture program and helped to destroy democracy at home, but allows the subject to end the film with a robust defense of that very behavior? It wasn't criminal. It was keeping America safe. Besides, he "only did what [we] asked" him to do.

Tease out that last line for a moment. The film is allowing the former VP to suggest that, deep down, US citizens wanted him to invade a sovereign nation under false pretenses, bomb it into the 3rd Century, kill hundreds of thousands of innocent civilians, and then unleash a destructive wave of torture, murder and pillaging in the aftermath. A few of us might want to challenge these assumptions. But the concern here is not that Cheney is gaslighting his audience; the world has already branded him a war criminal. The concern is how the film makes it appear as if he's not, as if he is making a legitimate, reasonable argument in support of war crimes . . . as if a legitimate, reasonable argument in support of war crimes is possible. The scene is shot in black and white, at a low angle, with very little lighting. Cheney's hulking presence dominates the frame, when suddenly he turns from a TV interview to address the audience watching the film. Take that, Godard! Every bit of the footage in this final scene is intended to intensify the dramatic impact of Cheney's speech, to give it a gloss of authenticity and breaking-the-4th-wall realism. And every bit is bunk.

Is the film adding its voice to the neocon choir that hails Dick Cheney as a hero and a patriot? Is it attempting to connect the dots between Cheney's efforts to wage aggressive war and the rewards he received from the companies that benefited from those efforts, principally Halliburton? Maybe it's helping viewers understand the global consequences of Cheney's role as the most powerful vice president in US history? The film never bothers to say. But, hey, what about those innovative techniques? Swish pan, jump cut, boom, zoom, swoosh. In short, don't ask.

There's so much wrong with this film it's hard to know where to begin. Let's go with casting. It's called "hereditary," which Dictionary.com defines as the "transmission of genetic characters from parent to offspring." Translation: kids look like their parents. No surprise, then, that the film centers on the experiences of a four-member nuclear family mother, father, son and daughter. Not just how they interact with each other, but what they look like, foreshadowed in the one-word title, will be fundamental to the storyline. Put differently, the film's success will depend on viewers believing that the people they see on screen actually look like a real family. Yet for reasons never explained the filmmakers chose to cast actors who immediately undermine the premise.

Both Toni Collette and Gabriel Byrne, who play the parents, are white. (Collette hails from Australia, Byrne from Ireland.) Alex Wolff, on the other hand, who plays their son, Peter, has all the characteristics of someone from Latin America or the Middle East: thick black hair, black eyebrows, brown eyes and decidedly brown skin. He's also tall, lanky and bean-pole thin. Then there's Milly Shapiro, who plays Peter's younger sister, Charlie. The actress stands in at four feet ten inches tall, has red hair, crystal clear blue eyes, and the whitest skin this side of snow. Hereditary? There isn't one physiological similarity between them. It's not even close.

The silliness doesn't stop there. Why would Annie eulogize her mother in such a negative way, saying she was "difficult" and her life "polluted"? (It's a guess, but maybe the filmmakers conceived of the eulogy as a, you know, "confession"?) Why would Annie insist that Charlie go to the school party right after she has a frightening vision of her grandmother "surrounded by fire"? (Her daughter is hallucinating and Annie runs her out? . . . oh, right, she's under pressure and not thinking straight.) Why does Annie let Charlie go to the party without medicine? (She mentions an EpiPen at Ellen's funeral service. How convenient, for the sake of the plot, that she doesn't bring it up here.) Why would Annie rage at Peter to "take responsibility" for Charlie's death? (Isn't his emotional collapse enough? Maybe she doesn't notice? See above.) Why would Annie allow Peter to return to class not long after the accident? (Maybe she wants her son to suffer in public? Maybe she doesn't know where he is? Maybe she's busy slicing her head off?) The filmmakers would have viewers believe that Annie's fits and outbursts and strange behavior are evidence of a deeply conflicted mind struggling with insanity and a religious curse. Then again, maybe the character is just poorly written.

Ditto with Charlie and Peter. It defies logic that someone with life-threatening allergies would eat cake or anything else before finding out what's in it. At the end of Ellen's service, Charlie bites into a chocolate bar and her father quickly asks if the bar has nuts; she shakes her head and says "no." It's a subtle but important acknowledgement. No wavering. Charlie is old enough, and appears to be mature enough to understand the seriousness of her circumstances. She's weird, no doubt, but she checks for nuts! So, naturally, she scurries off to the party without any medicine and munches down cake without checking the ingredients. One can predict the causality that follows: her allergic reaction causes the loss of air, which causes the high-speed ride, which causes the head out the window, which causes the accident. It still makes no sense. Neither does her decapitation, a physical impossibility that plays out as comedy.

What about Peter showing up at school shortly after Charlie's death? He's got issues to begin with, he drives the car that killed his sister, and he's ready for class? (The scene is an obvious nod to Nightmare on Elm Street (1984), although Nancy's dream sequence is developed much more carefully.) He looks seriously whack wane face, sunken eyes, disheveled hair and wrinkled clothes, like he hasn't slept or eaten in a week. Yet he manages to get himself to school (does he drive?), find the right classroom and sit in the right desk, all without attracting the attention of his teacher, his classmates or the school administration. His teacher is conducting class, standing at the front and directly in line with Peter's desk, while Bridget, the girl he chatted with at the party, sits four seats away, and neither one notices? (By contrast, Nancy Thompson lives within walking distance of her school, so getting there is not a problem; she's worn out after Tina's death, but she can still function, and she looks completely normal in class; and she actually has contact with her teacher, who acknowledges Nancy by touching her shoulder lightly as she strolls around the room.) Naturally, Peter ends up suffering a very public breakdown or is it possession by the evil Paimon! and everything about it is contrived.

Time and again the folks who put this film together force viewers to make narrative leaps of faith that have no relation to reality or logic or common sense. That's not always a bad thing, particularly in a horror film. But when viewers are expected to suspend disbelief on precisely those parts of the film that resist such a suspension, and that in fact quickly fall apart upon closer inspection, what we end up with is not cinematic vision but slap-dash silliness. While the film has been described by one critic as "[c]reepy beyond belief," by the time poor Steve explodes in a burst of flames thoughtful viewers are giggling uncontrollably and looking for the marshmallow sticks.

Related Topic(s): Comedy; Party Politics Democratic; Party Politics Republican; Torture, Add Tags
Add to My Group(s)
Go To Commenting
The views expressed herein are the sole responsibility of the author and do not necessarily reflect those of this website or its editors.