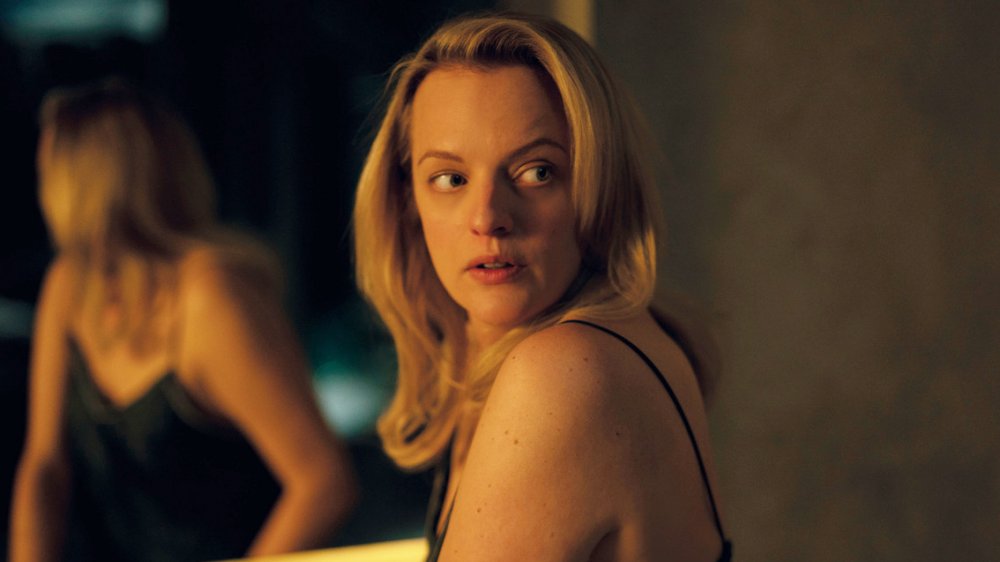 Bill & Ted Face the Music (Perisot 2020)
It's one thing to make a film about a couple of 17 year-old High School seniors who run around in grungy clothes, say a lot of stupid stuff and pretend they're in a band, even though they can't play any instruments. They're kids. The goofy hair, the goofy facials, the goofy remarks, the goofy storyline. It all works. Party on, dudes! What doesn't work is making a film about those same two airheads when they're in their fifties! They dress the same. They talk the same. They still think they're in a band and they still can't play any instruments. Say hello to the Terminator at 90! What was cute in the original turns hillbilly offensive in the sequel. What was novel then is embarrassing now. A sweet coming-of-age tale about teenage angst returns as a coming-of-old-age tale about losers who are still losers thirty years later. The former is natural and engaging, the latter syrupy suburban slop lapped up no doubt by fans of "Ulysses": "Tho' much is taken, much abides" (65) cries the aged king as he casts off in a dinghy made of popsicle sticks. Bogus, old men dudes! Whatever abides, please do not party on. Get a life instead. You'll feel better. 2 "groans!"

The Invisible Man (Whannell 2020)
What does Lacan say about the "mirror stage"? Something about identity being anchored in a me'connaissance of self-reflection? Actually, the filmmakers could have titled their film "The Invisible Woman" and it wouldn't have helped clarify things a whit. Is Cecilia Cass the terrified wife who fears for her life? Is she a serious nut-job with a taste for revenge? Or is she both, a woman who is pushed to protect herself but who also takes a little too much pleasure in carrying out the act? Female revenge films can be wickedly subversive (cf. I Spit on Your Grave). This ain't it. Viewers aren't sure whether to applaud Cecilia's resilience or giggle at her table-top naivete'. It doesn't help that the film slouches forward in the same drabby robes as every other film about battered women looking for payback. Bad men, good friends, escape, hiding, discovery, bloody revenge, deus-ex-ending. Neither does dialogue like this. Adrian: "I didn't treat you the way you should have been treated when we were together." Cecilia: "Just tell me the truth. I need to know I'm not crazy!" Lest we forget, there's also Elizabeth Moss's membership in a secretive religious cult known for abusing its female devotees. Is Cecilia, the character she plays, the cinematic embodiment of Shelly Miscavige? Is Adrian Shelly's tempestuous husband, David? In dramatizing Cecilia's murder of Adrian is the film encouraging female viewers to find comfort in the fantasy that they can free themselves from sadistic male control if they just try harder? If they're vicious and cruel like men? The sound you hear is the mirror cracking. 2 "groans!"

Antebellum (Bush / Renz 2020)
Where are we? Before the Civil War? The idea being African-Americans are treated the same in 2020 as they were in 1860? In the opening scenes the film makes it clear beating, raping, torturing and murdering black people are principle features of slavery. Yet the characters we meet in modern-day Atlanta are successful professionals. A contradiction or meaningful character development? It's no secret murderous bigots like Denton, Jasper and Elizabeth roam the streets today. But the film does itself no favors by comparing the very real horrors of slavery to the annoying interactions Veronica experiences. Racist quips are not harmless, but they are not the same. Even the plot fails to hold. Eden is a slave before the war. But then she wakes to a cell phone. She's no longer Eden but Veronica Henley, a well-known writer and political activist who is surrounded by a caring family and good friends. Did she dream the entire episode? If so, Eden would have remained an alter-ego and the depiction of slavery would have remained an unconscious expression of her fears. Instead, Jasper and Elizabeth show up in Atlanta and drag Veronica / Eden back to hell. Say what? Was her dream, like, "real"? Was it "prophetic"? Who cares? The final sequence would have viewers believe "Antebellum" is actually a Civil War re-enactment park where black people can be kidnapped, beaten, raped, tortured and murdered in real time. Question: what do you get when you throw a camera, fake history, two ad men and the Civil War into a blender? Answer: this film. 3 "groans!"

Murder on the Orient Express (Branagh 2017)
Or, Hercule Poirot Goes to School. Speaking of secular updates, Branagh's interpretation of the Christie story alters the original by replacing religion, specifically Catholicism, with postmodern theory. The Catholic Church maintains there are clearly marked distinctions between good and evil, between right and wrong, between moral and immoral, and one discovers these distinctions through strict adherence to canonical law. In the beginning of the film Poirot lets viewers know he agrees: "There is right. There is wrong. There is nothing in-between." Postmodernity begins with the realization that truth, ethics, morality and justice are less universal principles carved in stone than guidelines relative to a shifting landscape. By the end of the film Poirot's faith in a Manichean division of experience collapses, and he is forced to admit the rigidity demanded by religious orthodoxy must at times bend to circumstances and the human condition. Who murdered Cassetti? No one and everyone. Poirot has solved the case and yet he has solved nothing. Now, he says, he "must learn to live with imbalance," what He'lène Cixous calls the "risk of difference." Exactly. 4 "bravos!"

The Incredibles (Bird 2004), Incredibles 2 (Bird 2018)
From a political point of view, what do viewers, especially children, learn from watching these two animated films? In the first, it's okay for a husband to build a career out of lying to his wife and kids because, in the end, they'll all be better for it. The means justify the ends. Bob Parr is a good man. He had to lie. He had to support his family. Besides, he eventually gets caught and admits to and apologizes for his transgressions. His wife is understanding. His kids are growing up. Cue the happy ending. In the second the wife gets to go back to superhero-ing, where she initially enjoys huge success, while the husband agrees to stay home and manage the household, three kids and all. Naturally, he fails. Big-time. Only after he relinquishes the care of his family to Edna & Lucius does he get to play Mr Incredible again, saving the world and his wife from evil forces as a result. Only by letting go of his family is he able to save his family? Where have you heard that line before? To be clear, animated films are not the only enforcers of conservative cultural norms, nor the most powerful. They're cartoons. They're not real life. But who could deny their influence in teaching little boys to believe real men don't wash clothes or cook dinner or care for babies? Or in teaching little girls to believe real women find their greatest satisfaction in caring for others? Dash gets to test his speed, Violet learns to date? 2 "groans!"

Underwater (Eubank 2020)
A terrific opening slowly, painfully spirals into a cascade of misty cliches. Like a discount on canned spinach. The protagonists are in an underwater mining station (Keppler 822) 7 miles below the surface of the ocean when an earthquake fractures the structure, causing it to leak. Go ahead. Tell me you don't know what's coming. The station is breaking apart, the escape pods have been destroyed, the control bay is losing pressure, the equipment fails and folks are getting testy. To survive, Norah and her colleagues must don pressurized suits and walk a mile through the murky depths to another station (Roebuck). Oh, and some nasty sea-monsters are waiting for them along the way. A plot devise here. A character twist there. Nothing much new, although the humongous squiddy at the end is pretty damn cool. Bravo to Norah for her sacrifice. But the film, on the whole, is a good example of why viewers should pay attention to the small print, just below the credits: "Charge your tab. Fill the bathtub with warm water. Put on your snorkel and mask and submerge yourself in a cringe-worthy tale of sunken storylines, water-logged characters and soggy dialogue!" Apparently, to enjoy the film you have to be underwater. Get it? 2 "groans!"

Related Topic(s): Ethics; Film Reviews; History; Religion; Teaching; Women, Add Tags
Add to My Group(s)
Go To Commenting
The views expressed herein are the sole responsibility of the author and do not necessarily reflect those of this website or its editors.