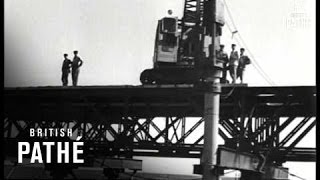 If you are looking for the latest breakthroughs in trans-Eurasian geoeconomics, you should keep an eye on the East -- the Russian Far East. One interesting project is the new state-of-the-art $1.5 billion Bystrinsky plant. Located about 400 kilometers from the Chinese border by rail and tucked inside the Trans-Baikal region of Siberian, it is now finally open for business.

This mining and processing complex, which contains up to 343 million tons of ore reserves, is a joint venture between Russian and Chinese companies. Norilsk Nickel, Russia's leading mining group and one of the world's largest producers of nickel and palladium, has teamed up with CIS Natural Resources Fund, established by President Vladimir Putin, and China's Highland Fund.

But then, this is just the latest example of Russian and Chinese cooperation geared around the New Silk Roads or the Belt and Road Initiative (BRI). Beijing is the world's largest importer of copper and iron ore, and virtually the entire output from Bystrinsky will go to the world's second largest economy.

Naturally, to cope with production, a massive new road and rail network has been rolled out, as well as substantial infrastructure, in the heart of this wilderness. Yet there is another major BRI initiative about 1,000km east of Bystrinsky. Work started on the Amur River Bridge, or Heilongjiang as the Chinese call it, in 2016 and the road and rail links should be finished in 2019.

The project is being developed by Heilongjiang Bridge Company, a Russia-China joint venture, along a crucial stretch of the Russian-Chinese border. It will also be part of a huge trade corridor, which will transport iron ore to China from the Kimkan mine, owned by Hong Kong's IRC Ltd, in Russia.

The Amur River Bridge, linking Heihe, in Heilongjiang province, with Blagoveshchesnk in the Russian Far East, is a natural part of the New Silk Roads program. It is well connected to one of BRI six major corridors -- the China-Mongolia-Russia Economic Corridor, or CMREC, via the Trans-Siberian Railway all the way to Vladivostok.

CMREC's additional importance is that it will connect BRI with the Russia-led Eurasia Economic Union, or EAEU, as well as the Mongolian Steppe Road program. CMREC has two key links. One involves China's Beijing-Tianjin-Hebei to Hohhot before winding on to Mongolia and Russia. The other is from China's Dalian, Shenyang, Changchun, Harbin and Manzhouli to Chita in Russia, where the Bystrinsky plant is located.

Part of this will include Russian-Chinese investment funds, known as Dakaitaowa, or "to open a matryoshka doll." Monetary integration and energy cooperation are all part of an ambitious Russian-Chinese package. This will allow trade to be settled in yuan, instead of US dollars, in Moscow via the Industrial and Commercial Bank of China. Products promoted under the "Made in Russia" brand are bound to get a boost.

According to the China General Administration of Customs, Russia continues to be the country's leading crude oil supplier, exporting more than one million barrels per day, ahead of Saudi Arabia and Angola. Exports of Russian oil to China have more than doubled during the past six years.

Last month, the Russian parliament approved the draft of a conservative 2018-2020 Russian federal budget at $279 billion. This included increased spending in the social sector, a higher minimum wage, and increased salaries for teachers and healthcare workers.

Manufacturing in Russia has actually grown in absolute terms during the past decade along with a slight rise in GDP. Contrary to Western perceptions, energy revenue in Russia amounts to only around 30 percent of the federal budget. In absolute terms, it actually fell from 2014 to 2016, while non-oil and gas income has increased steadily since 2009.

Those were the days when Saudi Arabia and the Gulf petro-monarchies were dumping excess capacity on the oil market in a price war that was bound to ruin Russia's finances. The draft budget assumes the price of oil will stay around at least $40.80 a barrel during the next few years. In fact, it may actually rise from its current $61.03 for the OPEC basket. Of course, that would boost Russia's reserves.

Related Topic(s): Copper; Mining; Oil; Putin; Russian Foreign Policy, Add Tags
Add to My Group(s)
Go To Commenting
The views expressed herein are the sole responsibility of the author and do not necessarily reflect those of this website or its editors.