La'ffaire Masood Azhar is a clear give away that China and Pakistan are drifting apart.

How deep is the chasm? It is difficult to say but the turn of events show that China is in no mood to pamper Pakistan.

The Chinese decision to let the UN Security Council list Pakistan-based Maulana Azhar (50) as an international terrorist was announced on the May Day.

Pakistan wanted its iron friend to delay the move by a week since Prime Minister Imran Khan had just returned home after attending the 2nd Belt and Road Forum in Beijing.

The request went unheeded. It caused acute discomfiture to the Pakistani leader.

A seven-day delay would not have mattered much for Chinese diplomacy. It had already stalled global action against the mastermind of Pulwama massacre (Feb 14) for over two months.

Yet it did not. And allowed the perception that Imran Khan was arm-twisted to accept China's decision to abandon Masood Azhar during his visit to Beijing. 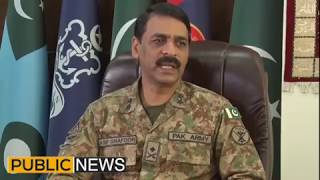 Traditionally, the Pakistan military is aligned more towards the Western (American) military system than China because of its roots in British military ethos.

Professionally, the Pak military feels superior to the Chinese PLA, which has not fought a war in decades.

The CPEC has thrown up incentives of unprecedented scale that are hard for the Pak Army to ignore since the Khakis are already presiding over an economic empire worth at least $20 billion (estimate of geo-strategist Ayesha Siddiqa in her magnum opus, 'Military Inc.: Inside Pakistan's Military Economy').


This created a new 'loyal to China' segment within the military, which is at cross-purposes with the entrenched pro-US lobby. Their differences have started to play out in the open.

Compounding these fault-lines are issues like Uyghur Muslims' plight, Pakistani bride trafficking to China, and the security concerns for CPEC projects.

Historically Sino-Pak relations are based not on shared values or history but on the assumption that 'the other side needs them more'; with both sides trying to extract maximum benefits from each other, the relationship has come to look more and more transactional.

A blogger since July 2008 James Duglous Crickton is a London based consultant working with a consultancy firm focusing on Asia, particularly South Asia and East Asia. Political Research is his functional focus area. While his interests are (more...)
Related Topic(s): Diplomacy; International; Military; Muslims; Paramilitary; Polarization; Security; Trade; Transparency, Add Tags
Add to My Group(s)
Go To Commenting
The views expressed herein are the sole responsibility of the author and do not necessarily reflect those of this website or its editors.