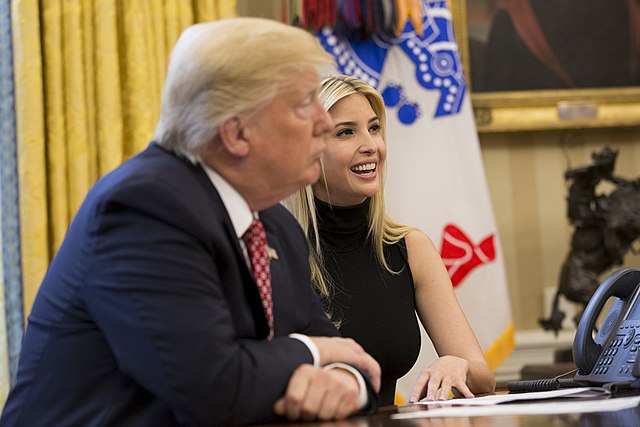 As I write this, the US government is in its 18th day of a putative "shutdown." Some federal employees have been furloughed sent home while others are expected to show up each day but also warned to expect an empty pay envelope come Friday. As of tomorrow, the shutdown will become the second longest in history, surpassed only by a 32-day funding fight in December of 1995 and January of 1996.

Does anyone want to bet against president Donald Trump holding out for the record? He likes doing things in a big way. It wouldn't surprise me if he went for 33 days just out of the cussedness he's known for.

And at the moment, frankly, he's winning this fight. To understand why, consider what he's really after. Hint: It's not just a border wall.

On Christmas Day, Trump said that "many" of the furloughed/unpaid government employees "have said to me, communicated, stay out until you get the funding for the wall."

Two days later, he tweeted "Do the Dems realize that most of the people not getting paid are Democrats?"

He was right on both counts. A major component of federal employment is in law enforcement and corrections. Many of these people are, and others might well become, part of the "Trump Democrat" portion of his base that put him over the top in 2016. More funding for "border security" means more jobs in their line of work.

If the shutdown pain isn't too bad and doesn't go on for too long, he'll keep some of those government employees in, and move others into, his column for 2020.

And even if the shutdown pain IS bad, or drags on, many of them will blame Congress, not Trump. After all, he's "only" asking for $5 billion for the wall. That's 1/200th of what the government spent on Social Security last year. It's about 1/800th of total federal expenditures last year. Pocket change! And Chuck Schumer and Nancy Pelosi are holding their paychecks over it!

Trump is also winning by signaling a divided Congress that things are going to start getting done his way or not getting done at all. It takes a 2/3 vote of both houses to override a presidential veto. Assuming Democrats (including those posturing as "independents") vote unanimously, forcing a spending deal on Trump that he doesn't accept would require 55 Republican Representatives and 20 Republican Senators to defect. That's incredibly unlikely.

I personally don't want Trump to get his wall, and I'd rather the federal government stayed "shut down" forever on general principle.

But if I was a betting man, I'd bet that the shutdown will end with something resembling the wall funding he's demanding and with a cowed Congress. You read it here first.

Related Topic(s): Shutdown; Trump Border Wall, Add Tags
Add to My Group(s)
Go To Commenting
The views expressed herein are the sole responsibility of the author and do not necessarily reflect those of this website or its editors.