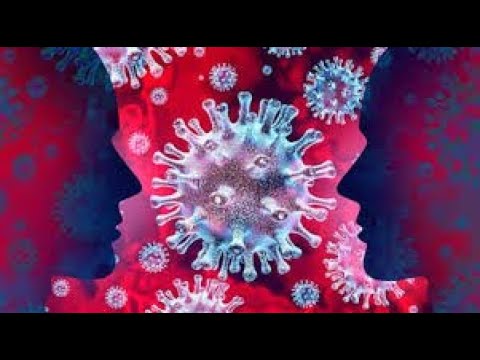 A leading microbiologist gives the opposite view of virologist Marc Wathelet, whose approach to controlling the virus I have posted on this website.

Both scientists make a lot of sense. As I understand them, Dr. Wathelet's recommendations stem from the West's unpreparedness. The lack of masks, tests, hospital capacity, and ventilators, together with the high infection rate of the virus, means that the health care system can be easily overwhelmed by the numbers of sick people. As the virus progresses further in some people than in others, it is not predictable who among the sick are in the most danger, except generally -- the aged with prior conditions. Therefore, Wathelet focuses on controlling the spread as people of all ages die from the virus.

Dr. Bhakdi focuses on the downsides of isolating the population -- the social and economic disruption and the state of fear that it creates. He believes that many who have the virus and are dying could be dying from other existing illnesses. If the overall morbidity rate is not rising, the isolation might be counterproductive.

This could be one of those situations in which both scientists are correct. Perhaps if the West under the influence of neoliberal economics had not let their health care systems run down with so many hospitals closed, had heeded the Chinese warnings and moved quickly into production of masks and ventilators and hospital preparation, and removed the prohibitions against using the successful anti-malarial drugs and ozone treatments, the extent of social and economic shutdown would not have occurred.

It is difficult not to wonder if the restraints placed on treatments reflect Bill Gates' and Big-Pharma's emphasis on developing a vaccine. If successful low-cost treatments are available, people should not be allowed to die while awaiting a vaccine, assuming one is possible for a rapidly mutating virus.

Too bad the West was focused on war, privatization, and paper profits for the one percent. We are now paying the cost of our erroneous public policies. These costs will rise as various interest groups use the health and economic crises for their selfish ends.

Related Topic(s): Health; Scientists; Shutdown, Add Tags
Add to My Group(s)
Go To Commenting
The views expressed herein are the sole responsibility of the author and do not necessarily reflect those of this website or its editors.