With this column I am beginning an occasional series of what I will call "Short Takes." That is, instead of a lengthy column on a single theme, I will be offering a series of thoughts, briefly stated, on a variety of themes. In length, they will more often than not be like Tweets, but fully spelled out, which Tweets by myself and others often are not. Some of them, actually, will be expanded versions of recent Tweets of mine. And so, here goes.

1. On Trump, what would we political writers do without him? He provides endless fodder for the political gristmill. But since he doesn't do much that is Presidential in the traditional sense, and shows absolutely no interest in learning about either the form or content (especially the latter) of that role, he does have to fill up his time somehow. Doesn't he?

2. That is except when he fills it up by having affairs while married, then paying off the affairee to attempt to keep her quiet. Which tactic is not working too well right now. Has Las Vegas yet set up odds for how many more such women will be coming forward? At least so far, those Hillary supporters who had to stand by while Hillary got it from both Right and Left for standing by her man, can point to Melania for doing the same thing. 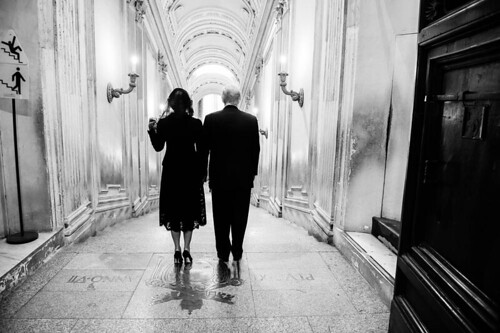 3. Speaking of porn-stars and Playboy cover models with whom Trump has allegedly been involved, and the payoffs that his lawyer/fixer Mike Cohen (who followed Roy Cohn of "Angels in America" fame), in that role, has "made out of his own pocket." What a generous man. One wonders if he will have to/have had to pay gift tax on the amount, since the sums would seem to be made for Trump's benefit. Wouldn't that amount to a gift?

5. Trump and his flaks have been all over the FBI because tips on the Florida murderer were sent to them and nothing was done. But w hat precisely could have been done? Florida is an open-carry state. AR-15 ownership is legal nationally. An indignant Rubio gets 3 + mil [!] from the NRA. One cannot be locked up for making threats. And if the FBI had tried to do something with this White/Racist/Right-wing Terrorist, every NRA shill in the country, starting with Sean (Let's Put Armed Guards in Every School) Hannity (Trump's best bud, donchaknow) would have been jumping down their throat. I don't know who is the worst FL political hypocrite, Sen. Rubio or the Gunner Gov. Scott.

6. On the "armed guards in the schools" thing, a) who would pay for them (?) and b) of course a killer like the one just seen, who planned everything out very carefully, would simply have cased the joint and taken out the armed guard(s) first. 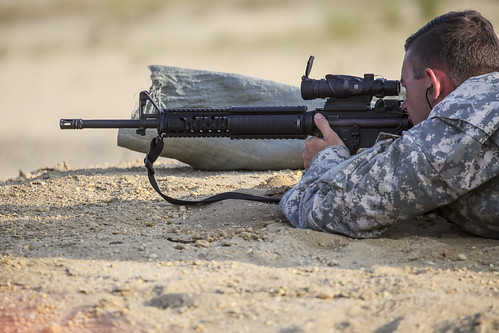 From flickr.com: Hey. If they can have one, I can too.
(Image by Matt Hecht)   Details   DMCA

7. One can get into lengthy analyses of the Second Amendment and why, except in the Scali/NRA interpretation, it does not provide for unlimited ownership of any kind of gun. The latter happens to be the interpretation that appears in all the previous Supreme Court decisions on the matter. But of course, Scalia was Mr. "Originalist" and Mr. "Precedentist" (and yes, that can be painful) only when being so agreed with his political positions. As I wrote some time ago, a) any grammatical reading of the text, if taken as a whole (and of course the gunners hive off the first clause), provides either: a) a right to the people, in the protection of the free state, to form well-regulated militias, or b) provides to individuals the right to bear arms, in a well-regulated system for the protection of the free state.

8. As for an assault rifle ban, any private ownership of many guns is already banned. Think machine guns, artillery pieces, anti-aircraft guns, guns on tanks, mortars, and so forth. The assault-rifle thing is a gun industry/NRA/gunners concoction to sell more guns and make more profits. Nothing more; nothing less.

9. And as for the NRA, every rational person in favor of gun control blames the whole mess on the NRA. What has to be understood is that the NRA is just a shill, for three very profitable industries: the gun manufacturers, the ammunition makers, and the gun-show operators. On the latter, there was one scheduled very near to Parkland, at this time. The operator was asked if he had thought to postpone it. Well no, he said. His company runs about 40 shows gun-shows around Florida every year, they are scheduled far in advance, and to cancel it would have been very costly.

10. On the Food Boxes, for food stamp recipients, which many would regard as demeaning if not totally humiliating. (We are not getting into the massive administrative nightmares and potential for larceny on a grand scale here.) The first laws to take care of "the poor" were enacted in England during the time of Queen Elizabeth I. Part of the legislation developed the concept of the "undeserving poor." When 250 years later, as capitalist-bound England faced an increasing number of poor who could not find work, the "poor-house" system originally created in Elizabethan times was vastly expanded. At its core was the principle of "less eligibility." That is, if one went to the Poor House, life there had to be worse than anything one would experience on the outside, that is "less eligible". With the Food Boxes, the Trumpites would return us to this era.

11. When Trump is mobilizing an organization like the National Parks Conservation Association to opposed his policies, which he is, strongly, you can get an idea of just how far to the Right this man, and the people who are really running the Executive Branch on the policy side like the Tea-Partier Mike Mulvaney (the Budget Director) and the White House Counsel Don McGahn (the Federalist Society's man in the White House), are.

12. Is the Republican Right finally getting fed up with Trump and the constant embarrassment to them he has become? After all, he has accomplished the two major Republican goals that have been on their plate for the last 30-plus years: further cutting taxes on the rich and, in Steve Bannon's term, "deconstructing the Administrative State." When Rep. Trey "Benghazi" Gowdy begins to turn on the President, in this case for the massive potential security failure the White House "policy" on security clearances has created, that could be a straw in the wind.

Steven Jonas, MD, MPH, MS is a Professor Emeritus of Preventive Medicine at StonyBrookMedicine (NY) and author/co-author/editor/co-editor of over 35 books. In addition to his position on OpEdNews as a "Trusted Author," he is a Senior Editor, (more...)
Related Topic(s): Ammunition; Embarrassment; Florida Governor Rick Scott; Florida Politics; Guns; NRA; Policy; Republican; Trolls; Tweetstorm; (more...) Violence, Add Tags  (less...)
Add to My Group(s)
Go To Commenting
The views expressed herein are the sole responsibility of the author and do not necessarily reflect those of this website or its editors.