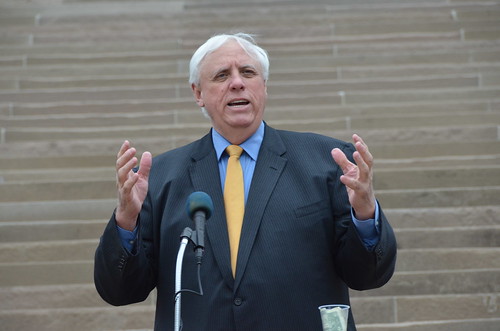 As I sat and watched the governor of West Virginia, "Big Jim" Justice, announce he was leaving the Democratic Party, it dawned on me that the shocking news was that this guy was ever a Democrat at all. He reminded me of Boss Hogg, and I'm not teasing him based on his weight like Donald Trump did when referring to the "large news" he had to announce.

I remember back in the 80s, when I first got active in politics, being disgusted when Alabama senator Richard Shelby switched parties a few weeks after the Alabama Democratic Party had spent money getting him elected. There is only one word to describe such people -- "traitors."

Justice claims the Democrats left him as he praised Donald Trump. I have news for him. Jim, if you like Donald Trump so much, then you were a Republican all along. You reminded me of a close-minded redneck when you joked about Trump's new chief of staff having a first name we can pronounce, "Sir." Really? Reince was a foreigner, I guess.

I'm going to say it: West Virginia might as well still be in the Confederacy. Seventy-seven percent of you voted for a racist bigot to be president. You hated the idea of a woman president almost as much as having a black man in charge. Hillary got 67% of the vote against Obama and only 23% against Trump. Even Mitt Romney got over 60% of the vote in 2012.

West Virginia is an example of a state stuck in the past. We as Democrats should not adjust our message to win votes in states where racism and bigotry are still the norms. That doesn't mean we should give up those states, it just means we have to work harder to transform the politics. Our work is cut out for us in states like West Virginia, Mississippi, Oklahoma, and Alabama. But our day will come, even in West Virginia. One day, voters will not vote based on race, gender, or sexual orientation. Unfortunately, that day is not yet here.

Scott Galindez is a graduate of Syracuse University, a US Army veteran, and currently the Political Director of ReaderSupportedNews.org. Scott's activism began at an anti-nuclear vigil in Lafayette "Peace Park" across from the White House. Scott (more...)
Related Topic(s): Democratic Party; Democratic Sellout; Govenor Jim Justice; Politics; West Virginia, Add Tags
Add to My Group(s)
Go To Commenting
The views expressed herein are the sole responsibility of the author and do not necessarily reflect those of this website or its editors.