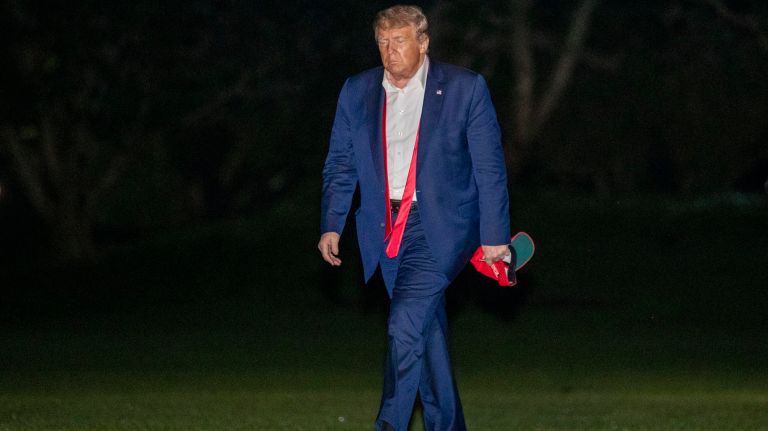 After the disastrous Bay of Pigs invasion President Kennedy famously said, "Success has many fathers failure is an orphan." Harry Truman said, "The buck stops here." That is the primary difference between free and Fascists governments. When you try and foist the idea that you are somehow perfect or smarter than the average bear and it blows up in your face. Then it has to be someone's fault. When the five-year plan is four years behind schedule and the collective farms have failed it has to be someone's fault.

Under the leadership principle we choose a supreme leader to lead us. His or her knowledge is not to be questioned. After all this is the divine leader and those who do not fall in line behind him are wreckers and saboteurs. Trump Campaign Chairman, Brad Pascale is on the hot seat after crowds failed to appear in Tulsa. Pack your things Brad your services are no longer needed. Jared and Ivanka are calling for his head and the Cheeto is orange red about it. This has to be Brad's fault the orange one would never rent a hall during a pandemic and risk infecting thousands of people.

But Brad made one big mistake which won't be repeated. Brad looked at the ticket reservation list and opened his big mouth. The campaign arranged an extra outdoor venue and the Cheeto and the Bleeto (Pence) were going to give a rousing speech to a rapturous crowd. Only there was no rapturous crowd, and this is all someone's fault and we pick you Brad. Look Brad if this isn't your fault what are you trying to say? Are you trying to say this is the leader's fault? Oh, come on now Brad you know better than that! We have some lovely parting gifts for you, some Samsonite luggage, and Rice a Roni the San Francisco treat.

One of the interesting aspects overlooked in the shadow of the doomed Hindenburg scenario was the campaign had taken a million ticket reservations. What if half of those people had shown up? Half a million people for a venue that holds 19,000. And they all have tickets to get in! Brad was sorta lucky it went down the way it did. But the Cheeto doesn't see it that way, clean out your desk Brad and count yourself lucky. Many of the Cheetos former campaign chairman have found themselves in legal trouble. Facing an angry Cheeto is preferable to facing one to five in a federal prison in Montgomery. Look at the bright side back in the good old days you'd have been shot or chopping wood in Siberia.

The Cheeto looked dejected, we have failed the loyalty test. I know you love me, but do you love me more than you fear the Corona Virus?

The big campaign kickoff with all the fanfare and hoopla and the tank wouldn't start. The crowds don't show and the Cheeto tells a remarkable story about navigating a ramp and then wow's the crowd with his one handed drinking ability. Definitely not "A" material but a small crowd like a small penis can take the fun out of everything. The realization that you've crested the peak and it's all down hill from here. All the hard work by the Administration and Faux News to convince the public the pandemic is all over and in the end the public listened to doctors and experts.

Related Topic(s): Crowds; Dreams; Friends; Laughter; Penis; Trouble, Add Tags
Add to My Group(s)
Go To Commenting
The views expressed herein are the sole responsibility of the author and do not necessarily reflect those of this website or its editors.