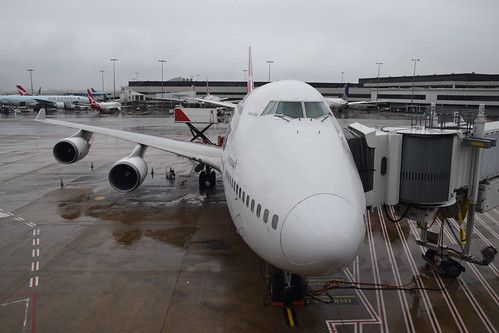 Call it the "Boeing bailout." As the world struggles with the pandemic, Boeing should be seen as the vector for a parallel epidemic. It's Patient Zero in an epidemic of corporate failure.As we change the way we live our lives, corporations like Boeing should change the way they are run. Corporate mismanagement made this crisis worse and, if it doesn't change, will make the recovery more difficult.

Unfortunately, it looks like Boeing and its fellow malefactors are going to get a free ride. The corporate bailout is coming down the track, thanks to the new Senate agreement, with oversight that appears no stronger than that used in the bank bailouts after the 2008 crisis. That leaves the public exposed to ongoing corporate abuse, even as its government acts to rescue the abusers.

All signs indicate that Priority Number One is the rescue of our most badly mismanaged corporate vectors. President Trump says "we have to protect Boeing," this country's largest exporter and a major employer. Boeing itself has called for "a minimum of $60 billion in access to public and private liquidity, including loan guarantees, for the aerospace manufacturing industry."

Market forces can't save Boeing. The government itself is its largest customer. Its other customer base, the airlines, are also in trouble. That leaves the U.S. government as the rescuer of last resort.

If they want public help, they must agree to be fundamentally transformed.

Sen. Elizabeth Warren was on the right track when she laid out some conditions for rescuing troubled corporations, such as: keeping people on the payroll throughout the crisis, paying at least $15 afterward, honoring all collective bargaining agreements, a ban on dividends or executive bonuses, a permanent ban on share buybacks, and a requirement that all political spending receive shareholder and board approval.

But even this agreement's weak provisions aren't likely to be enforced very enthusiastically. The Obama administration did a lukewarm job, at best, enforcing TARP's rules. What can we expect from this one?

This deal doesn't get it right. But it's worth considering what a well-constructed bailout program would look like -- both to set the terms of the debate, and in anticipation of future bailout needs.

When it comes to their self-interest, senior executives and those who serve them are endlessly inventive. It has taken a long time to create this corporate crisis, and it will take some fundamental changes to reverse it. Every bailout should include major reforms along the following lines.

1. Public rescue must come with significant public ownership. Nobody in the business world would be expected to rescue a failing company -- whether through loan guarantees, liquidity, direct subsidies, or any other actions -- without significant ownership concessions in return. Why should the American people, who are being asked to take on risk that's considered too toxic for the private sector?

For that kind of outlay, workers and the public must have seats on the board -- not symbolic ones, but seats with real voting power.

In some cases, that may amount to full nationalization. As Ryan Cooper points out in The Week, Boeing's market capitalization is plunging fast, leaving few options besides full ownership on the table. Besides, as Alexander Sammon wrote in the American Prospect last October, Boeing is already an essentially a publicly-funded company -- just one that has privatized profits.

This does not mean that corporate bailouts must necessarily lead to a major socialization of the private economy. It could, and that's a debate worth having. But companies that have been partially or fully nationalized could also be re-sold to the private sector under new operating rules like those laid out here. Better yet, the government could use this process to vastly expand the scope of worker-owned and democratically-run enterprises.

Related Topic(s): Accountability; Bailout Rip-off; Boeing; Corporations; Greed; Investigations; Self-interest, Add Tags
Add to My Group(s)
Go To Commenting
The views expressed herein are the sole responsibility of the author and do not necessarily reflect those of this website or its editors.