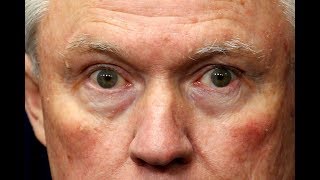 Making good on a campaign pledge to his right-wing nativist base, Donald Trump has rescinded the Deferred Action for Childhood Arrivals (DACA) program. DACA was established by President Barack Obama to encourage young people without immigration papers, who were brought to the United States as children, to come out of the shadows and sign up for temporary protection against deportation. Trump's heartless decision will throw approximately 800,000 "Dreamers" currently enrolled in DACA into limbo.

Did Trump Really Struggle With the Decision?

The White House claimed that Trump was conflicted about this difficult decision. He recently referred to Dreamers as "absolutely incredible kids," promising, "We're going to deal with DACA with heart ... because, you know, I love these kids." Trump told reporters, "We love the Dreamers. We think the Dreamers are terrific."

But Trump "counts only winners and losers, never bothering with moral principles or democratic norms," wrote conservative blogger Jennifer Rubin. "The debate, if there is one, is over whether to disappoint his rabid anti-immigrant base or to, as is his inclination, double down on a losing hand."

Too cowardly to announce the controversial verdict himself, Trump sent his racist, anti-immigrant attorney general Jeff Sessions to make the fateful announcement. Sessions called the DACA program an "open-ended circumvention of immigration law through unconstitutional authority by the executive branch," saying it circumvented the "legislative process."

A Political Decision, Not a Legal Issue

Sessions claimed that rescinding DACA was essential to forestall a looming legal challenge. Ten state attorneys general had threatened litigation if Trump didn't end DACA by September 5, 2017. But that was a "convenient pretext," Wayne A. Cornelius wrote in a Los Angeles Times op-ed. DACA has never been overturned in court. More than 100 law professors who specialize in immigration signed a letter in August stating that DACA was a "lawful exercise of prosecutorial discretion."

In a Facebook post yesterday, Obama wrote: "Let's be clear: the action taken today isn't required legally. It's a political decision, and a moral question."

Obama is correct. In 1999, Justice Antonin Scalia wrote for the majority in Reno v. American-Arab Anti-Discrimination Committee, an immigration case, that presidents have a long history of "engaging in a regular practice ... of exercising [deferred action] for humanitarian reasons or simply for its own convenience."

California Attorney General Xavier Becerra, writing at HuffPost, concurs: "Presidents of both parties ... have exercised discretion in their enforcement of immigration laws in a constitutional manner, safeguarding groups of individuals who are not priorities for deportation and thereby reserving enforcement resources for higher priorities."

Becerra cited Dwight Eisenhower, John Kennedy and Lyndon Johnson, who permitted Cubans to remain in the United States before Congress enacted legislation to allow them to stay. Ronald Reagan allowed about 200,000 Nicaraguan immigrants to remain in the US even though Congress had not passed authorizing legislation. And George H.W. Bush permitted almost 200,000 Salvadorans fleeing civil war to stay in the US.

Related Topic(s): Constitutional Issues; Daca; Deportation; Immigration; Jeff Sessions, Add Tags
Add to My Group(s)
Go To Commenting
The views expressed herein are the sole responsibility of the author and do not necessarily reflect those of this website or its editors.