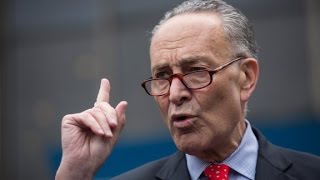 Part I -- On a Mission from God

Back on 31 March 2019 I wrote an essay entitled "God and U.S. Foreign Policy." The central figure in that essay was Secretary of State Mike Pompeo. Pompeo is a Christian fundamentalist who believes that God is at work when it comes to both sustaining Israeli society as well as the U.S. foreign policies that underpin it. There are other Christian fundamentalists in the Trump White House who agree with Pompeo, significantly Vice President Pence. Both men also appear to believe a really bizarre backstory that predicts that Israel's success is a prelude to the second coming of Christ and the subsequent end of the world. (Just as an aside, I have to confess that when I was around five or six I was convinced that Godzilla was real and attempting to crawl through my bedroom window at night. I grew out of this quickly.) Folks like Pompeo and Pence seem so attached to their point of view that, as regards Israel, they carry out the duties of their offices as if they were, as the Blues Brothers would put it, "on a mission from God."

Such Christian fundamentalists have long had allies among Jewish fanatics -- those who insist that Palestine is now the "land of Israel" and divinely reserved for Jews only. Here in the U.S., before the Civil Rights movement changed things in the public sphere, we used to have hotels that were restricted to white Christians only. No Jews, African-Americans, Mexicans, Chinese, etc. were allowed in. The Jewish fanatics currently supporting and running Israel are in the process of turning Palestine/Israel into a restricted hotel.

Why some -- though certainly not all -- Jews, who are members of a group that has long been victimized by racism, would want to support widespread official discrimination in Israel is a psychological conundrum. But major Jewish American politicians certainly do support this unfortunate effort, and as pointed out above, this makes them allies of Pompeo, Pence and others like them. Take for instance Charles "Chuck" Schumer, a Democratic Senator from New York, and the Senate minority leader. Schumer too is on a self-declared mission from God to defend Israel. Here is how he describes it: "You know, my name ... comes from the word shomer, guardian, watcher. ... And I believe Hashem [Orthodox for God] actually gave me that name. One of my roles, very important in the United States senate, is to be a shomer to be or the shomer Yisrael. And I will continue to be that with every bone in my body."

For those readers who might find this declaration a bit baffling, here is a translation: Schumer claims that his name derives from the Hebrew word "shomer" which means "guard." It also means "watcher" or "observer," but the senator likes "guardian" perhaps because it has a connotation of alleged historical significance. Anyway, he goes on to claim that God gave him this name and set him the "role" of "guarding" Israel's interests in the U.S. Senate. It's a task that he carries out with all his strength and determination.

Schumer's unspoken assumption -- and that of Pompeo and Pence as well -- is that Israel's interests are the same as those of the United States, and both are somehow hooked up to God's interests. Therefore, he doesn't have to worry about choosing between them. That is very convenient for Chuck the Guard, but is it true? Well, it depends if you want to take the low road definition of national interests or the high road one.

Let's take a look at some of the traditional U.S. policies in the Middle East, including those regarding Israel. These policies are supposed to reflect American national interest. Are they high road or low road in character?

Oil. The U.S. has been importing less oil from the Middle East as time goes by. Today, most of the country's imported oil comes from Canada. Nonetheless, the partnerships Washington established in the days when most imported oil came from the Middle East have persisted. As we will see below, this has left us with some undesirable friends. Some might argue that we remain interested in Middle East oil for the sake of our trading partners who still import large quantities from that region. However, our trading partners, for whom the Trump administration seems to care little or nothing, do not need U.S. help in arranging their energy supplies. Europe, for instance, has multiple sources of oil and gas, including Iran and Russia. The U.S. policies often seek to deter allies from utilizing those resources -- a utilization that could have a pacifying influence all around.

Support for autocrats. This is particularly true of the U.S. relationship with Saudi Arabia. Ties to the Saudi monarchy have also connected the U.S. to other dubious regimes, such as those that now control the United Arab Emirates and Bahrain. Why maintain the tradition of support for the Saudis, among others, when they are led by religious fanatics (who sometimes spawn terrorist groups) and murderers? It cannot be just because Donald Trump likes tough guys such as Crown Prince Mohammed bin Salman or that fact that the Bush family had personal ties to the Saudi regime. Alternatively, one could point out that Saudi Arabia buys literally billions of dollars of weapons from the U.S. It does so not because it needs these weapons (it could kill all the people in Yemen without drawing on this armory) but as an economic bribe to facilitate an advantageous relationship with the U.S. This can't be healthy for America. Washington might reconsider its role as the largest exporter of weapons to the world and hitch its wagon to a less destructive way of creating jobs, such as rebuilding its infrastructure.

The maintenance of an illegal apartheid regime. This brings us to Israel, which, by the way, is also in bed with the Saudis. Israel is a racist state. This is not as outrageous an assertion as it sounds because, far from denying it, Israeli leaders loudly proclaim this fact. Prime Minister Netanyahu has repeatedly said that the "land of Israel" is for only the "Jewish people." The Israeli Knesset has even enshrined this bit of racist exclusivity into law. Thus, the Palestinians, whose legal right of return has been blocked, are not wanted in the restricted hotel that is Israel.

On the other hand, the U.S. has domestically been fighting hard and long to rid itself of the curse of racism. So what are we doing arming and financing this particular bunch of racists in Jerusalem? It certainly has something to do with the political influence of Jewish and Christian Zionists who pour a lot of money and political clout behind efforts to support Israel. They may think they are on a "mission from God," but in truth this relationship is as detrimental to both U.S. interests and ideals as the one that ties Washington to Saudi Arabia.

The three points above make up a partial list of what one finds along the low road of U.S. interests in the Middle East.

What if Congress decided that the U.S. should take a high road version of national interests in this area by turning its back on murderers, fanatics, and racists, and by promoting racial equality and justice in Palestine/Israel, among other places? That would mean no more weapon sales to the Saudis, the Emirates, etc. Most of all it would mean no more weapons and billions of taxpayer dollars for Israel -- a state that is demonstrably in violation of international law in more ways than their leaders have fingers and toes.

Related Topic(s): Divine Destiny; God; Israel; Religion; Senator Charles Schumer, Add Tags
Add to My Group(s)
Go To Commenting
The views expressed herein are the sole responsibility of the author and do not necessarily reflect those of this website or its editors.