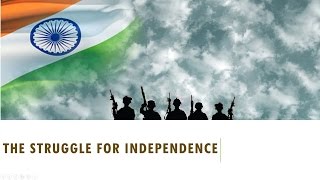 The Iraqi Kurds' referendum that was conducted several weeks ago won an overwhelming majority in favor of independence, but was rejected by much of the international community, especially by the US and the Iraqi government. Self-determination, however, is unstoppable because it is a core of human rights. No power can indefinitely prevent any group from eventually realizing its national aspirations, regardless of how difficult it might be and how long it takes.

The Kurdish resolve, along with many other ethnic and cultural groups, to achieve political independence must be seen both in the context of their decades-old aspirations for self-determination and the arbitrary borders that were drawn regardless of ethnicity, history, culture, and religious affiliations, largely by the victorious powers in the wake of World War II.

Moreover, although globalization has brought nations closer to one another, it has at the same time kindled the need to preserve the cultural and historical uniqueness of many ethnic nationalities who are fearful of losing the national identity they cherish, which distinguishes them from other sects and ethnicities.

The international community, led by major powers including the US and the EU, has thus far failed to accept the inevitability that many ethnic groups will persist in the fight for their right to independence. Denying them that right can only lead to violent conflicts and regional instability.

Since the end of World War II, the birth of new nation-states has nearly quadrupled. When the United Nations was created in 1945, there were only 51 independent countries who became member states of the UN, which has grown to 193 countries at the present. In addition, there are three other nation-states who have different designations. The Holy See and Palestine are UN observer states, and though Kosovo is not recognized by the UN, it is recognized by over 100 member states.

Since 1990, 34 new countries have been established (14 of them directly resulting from the dissolution of the USSR in 1991). I venture to say that given the growing number of ethnic groups who are sworn to achieve self-determination, an additional 10-15 new countries will declare independence by the year 2030.

Self-determination is becoming an ever more potent national quest born out of the need to be free, as an increasing number of ethnic groups find themselves with no hope for a better future while being denied the right to live their lives as they see fit. As the late President Reagan observed, "freedom is one of the deepest and noblest aspirations of the human spirit. People, worldwide, hunger for the right of self-determination, for those inalienable rights that make for human dignity and progress."

There are many groups that seek self-determination that have gone further than the Kurdish Iraqis have, such as Catalonia which has already declared independence, and many others who are in various stages in their march toward self-rule.

Catalonia has been fighting for independence from Spain since the mid-17th century, motivated by their culture and history. Their modern wave of separatism has intensified since the death of dictator Francisco Franco and the adoption of a new Spanish constitution in 1978 acknowledging a right to autonomy.

The Palestinians have been seeking independence for more than seven decades, and will remain relentless until they realize their national aspirations. In this particular case, the international community is fully supportive of the Palestinians' quest and will undoubtedly continue to push for that end, regardless of Israel's strong objections.

Kosovo was the center of the medieval Serbian Empire. From the mid-15th century to the early 20th century, it was ruled by the Ottoman Empire. Subsequently it was incorporated into Serbia, and ethnic tensions flared up between the predominantly Muslim ethnic Albanians and the largely Eastern Orthodox Serbs in Kosovo. This development led to a war in 1998-1999 between Kosovo and the Republic of Serbia, which exacted among the Albanian population a death toll of 11,000 and created 1.5 million refugees.

There are many other ethnic groups who have for centuries been part and parcel of their country of residence and have now been awakened anew, demanding to exercise their right to independence.

Scotland joined the UK in 1707 under the pretenses of economic prosperity. Minor and major rebellions dotted the period from the union, but did not receive much traction until legislative movements for "home rule" began in the 1880s. Over the years, the movement turned into one for independence, which has been met most recently with a failed referendum for independence in 2014. Another vote is likely to occur once the terms of Brexit are formalized, demonstrating that even after 300 years, national aspirations are still alive and well.

Quebec's independence from Canada has been debated seriously since the late 1960s on account of linguistic and cultural differences. There were referendums in 1980 and 1995, and the Clarity Act (recognizing a vote by any province to leave Canada) was passed in 2000. Although recently the sovereignty movement has splintered, the sentiment for independence continues to resonate.

Related Topic(s): Independence; International; Iraq; Rights; Self-determination, Add Tags
Add to My Group(s)
Go To Commenting
The views expressed herein are the sole responsibility of the author and do not necessarily reflect those of this website or its editors.