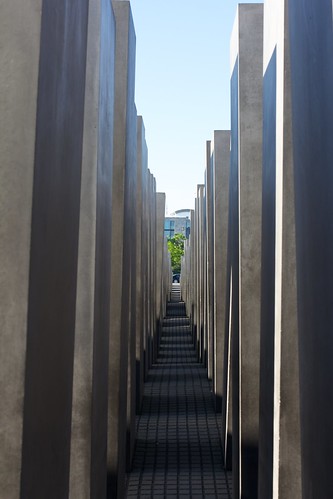 Many of us live in Amerika and truly care about the America that has been stolen from us. The ' theft ' did not occur overnight, no, on the contrary it has been going on for as long as one can remember. This writer could literally ' fill a book ' with the events that have shaped this crime. Mr. Obama, when pressed in 2009 about the need to investigate and indict the purveyors of our phony war on Iraq, stated, like the Empire's puppet that he was, how we should stay in the present and move on from the past. One surmises that Mr. Obama did not really study his bible, where it was written in Deuteronomy 27:19: "Cursed is the man who withholds justice for the alien, the fatherless and the widow!" Interesting how the ' alien ' in the saying could easily pertain to all those ' aliens', AKA Iraqis that our bombs, missiles and other weapons destroyed in 2003 and onwards. Let us not forget those ' aliens ' tortured through what the Bush gang labeled as enhanced interrogations. The fatherless and the widows most certainly would be those children and widows of our own soldiers along with the Iraqi civilians destroyed by our illegal invasion and occupation.

Though wanting to stay in the present, we must take a look back at an analogous situation that occurred some 80 odd years ago in Germany. As with our own empire, the Hitler regime made sure that it obtained power through legal, though not entirely reputable, means. After the Nazis devastated over half the world, scholars have asked the questions of how it was possible for such evil to be voted into office. Prof. Jill Stevenson of the University of Edinburgh, a lifelong student of that era: "People will say why did all these people vote for a party that then unleashed war and genocide?" Well, they did not know (at the time) that was what it planned to do." And so it has been with our empire as well. Just take a stroll back to the mid-1960s and see how LBJ was voted in as the ' peace candidate'. Yet, once in office he allowed the military Industrial Empire to unleash such havoc and destruction upon Vietnam and its peoples, while seeing so many of our fine young men in uniform destroyed as well. Nixon, the ' Peace with honor ' president, took the mantle from LBJ and continued the unleashing of overkill bombing. From that period on our Amerikan empire has continued to dominated the world with our unchecked military power.

When you have an electoral system whereupon the two major political parties are both controlled by the Military Industrial Empire, truthful dissent is easily stifled. When the mainstream media is so embedded with the empire and its political stooges, most of its citizens are like ' deer in the headlights ' when it comes to fact vs. fiction. Once again, to look back at 1930s Germany and the propaganda machine run by Herr Goebbels, we can see where our present empire learned so well. Many hard working Germans, those not even caught up in the Nazi Party mechanisms, relied on their mainstream news to give them the' facts of the matter' on key issues. The Versailles Treaty or Diktat as the Germans referred to it, had put Germany ' up against the wall ' both fiscally and territorially. It was not a real stretch to have tremendous anger at such rulings. Goebbels took their anger and set it in the direction of the international bankers, the Jews, along with the Social Democrats (Germany's largest party) and of course the Communists, for the classic ' Stab in the back ' that Hitler used continually in his speeches and tirades. Does anyone see any parallels to what the Trump campaign succeeded in doing in this recent election cycle? It was Hitler, in one of his speeches, who actually said: "Nationalism and Socialism had to be redefined and they had to be blended into one strong new idea to carry new strength which would make Germany great again." If one exchanges the word ' Socialism ' for ' Capitalism' one has the essence of the Trump intention to ' Make Amerika Great Again.' As with the German Fuehrer, the super right wing phony populism of Trump only promises more foreigner bashing and more dead end jobs to get the natives inspired politically. Similar to the Trump agenda, Hitler got private industry to build up Germany's infrastructure (the Autobahn as an example) and its military capabilities. Sadly, the average man and woman in our nation does not 'connect the dots' between our military jackboot throughout the world and the blowback created via terrorism. The propaganda of so called ' love of our troops ' dismisses the fact that our fine young men and women in uniform should never have been sent to such places overseas.

Whomever created the saying ' Ignorance is bliss ' was right in line with the person who created ' See no evil...'

{Philip A Farruggio is the son and grandson of Brooklyn, NYC longshoremen. A graduate of Brooklyn College ( class of '74 with a BA in Speech & Theater), he is a free lance columnist posted on World News Trust, Nation of Change Blog, Op Ed (more...)
Related Topic(s): America; Capitalism; Evil; Hitler; Iraqis; Military; Obama; Propaganda, Add Tags
Add to My Group(s)
Go To Commenting
The views expressed herein are the sole responsibility of the author and do not necessarily reflect those of this website or its editors.