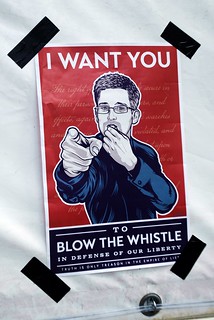 In a series of 4 reports by Reporter/Monetary Reformer Bill Still, the NSA's highest ranking official to date, Bill Binney, who went by the title of "technical director of the world for G.O. political and military analysis and reporting group" has confirmed everything Edward Snowden has said so far, and added that the NSA has 2,000 transcribers whose job it is just to take down whatever the electronic data gathers cannot (due to background noise, he says). He quit on moral conscience grounds, just like Snowden.
Here is the first video:

In the second video, Bill Binney confirms that all content of all phone calls within the United States are recorded and one million a day are transcribed for permanent preservation. He concludes that this means the government NSA officials have perjured themselves by claiming otherwise.


In the last video, Binney everyone, even the Supreme Court, is spied upon. Further, the NSA will collect data and then, if they find something illegal, they will work backwards through legal channels to obtain the same information in a legal way. Still and Binney compare this to conducting an Easter Egg hunt while knowing where all the Easter Eggs are buried.
Binney concludes by saying Snowden would not get a fair trial in America, due to invocation of the State Secret's Act, that would suppress all evidence and effectively silence him.

Binney talks about how the gov't has tried to go after him, but that his exculpatory evidence has protected him, and conferred immunity. This is the crack that will undo the fascist nature of the current Administration and Congress in general. When the police decide they cannot arrest everyone, including their own sons and daughters, the oppression ends.

It has now been over a year since Snowden's revelations, and several months since two independent panels found the NSA to be violating the constitution and to not even be engaged in productive snooping - that is, they have not uncovered any terrorist activity this way.

Binney's testimony to the German NSA inquiry committee was blocked by that same committee from being shown on their live feed channel! Whose side are they on?

Yet, the NSA Utah data collection center remains. Protestors recently flew a blimp over it.

Just how long do we have to wait to shut this unconstitutional activity down? Hello NSA? Can you answer?

Related Topic(s): Edward Snowden; NSA; Protestors; Unconstitutional; Whistleblower; Whistleblowers-ing; Whistleblowers-ing, Add Tags
Add to My Group(s)
Go To Commenting
The views expressed herein are the sole responsibility of the author and do not necessarily reflect those of this website or its editors.

STAY IN THE KNOW
If you've enjoyed this, sign up for our daily or weekly newsletter to get lots of great progressive content.
Series: "Obama"