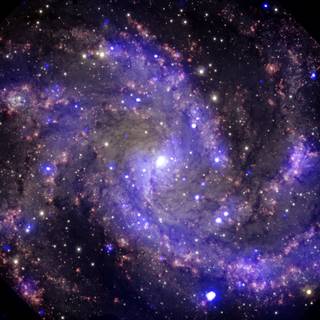 What has become entrenched as the "scientific world-view" is the foundation of our secular values and reasoning. For those of us without a religious tradition, it is the basis of our ideas about how the world works and who we are. But in what sense is the "scientific world-view" scientific? It grew out of 19th Century science, and has never been updated. It is no longer compatible with known science.

Thermodynamics and Evolutionary Theory. These were two triumphs of 19th Century science that told us how order may emerge from randomness.

The first gave rise to the idea that the physics of atoms could explain chemistry. From the second arose the idea that life (and consequently human minds) are products of chance in a world of chemistry. The universe is a clockwork of atoms that know only the attractions and repulsions of their neighbors. All order, all life and mind, comes about through the laws of chance.

This led to a philosophy rooted in meaninglessness that dominated Western thought from Nietzsche through Sartre, and still has a pervasive (perversive?) influence today. "Humanism" is its best face: "We're going to have to supply our own sense of what is good and beautiful because the world is only atoms, and we are an insignificant part of the whole."

In the 20th Century a funny thing happened: The science behind this world-view collapsed but the world-view had a life of its own. As a philosophy and an attitude, this idea continues to weigh us down, though its scientific underpinnings have become untenable.

A) First is the discovery that pure thought can influence quantum phenomena on a tiny scale, and through the "butterfly" effect might come to make large-scale changes. Originally, this was a consequence of the Copenhagen Interpretation of quantum mechanics, but now it has been verified experimentally in the works of (for example) Dean Radin and Robert Jahn. Quantum entanglement is a reality in our brains, and since single nerve-firings can lead to whole new ideas, our thoughts are linked with one another and with the outside world in ways that stretch our imagination.

B) Second is the discovery that the laws of physics and the properties (like charge and mass and spin) of elementary particles are fine-tuned in a way that makes life possible. The old view was that there are a few arbitrary, mathematically elegant rules about the way particles behave, and also a few arbitrary numbers, like how much the particles weigh and how strong the forces are. Life just took the given physical rules as raw material and put together (by chance) some combinations that could make copies of themselves, and the rest of the story was explained by natural selection. Well, this story no longer hangs together. In the 1970s came the discovery that the physical rules are not arbitrary, but quite special. If we changed the rules just a little bit in any direction, we would have a universe in which nothing interesting ever happened--For example, one kind of tiny change leads to no stars or galaxies; change the rules in another direction and all atoms would be hydrogen, so there's no chemistry at all.

There is a remarkable "coincidence" to be explained, and just two interpretations have been proposed:

2. The other idea is that conscious awareness has an independent existence, and is more fundamental than physics, thus matter, space and time, with all the physical laws, were co-created by consciousness--perhaps as a kind of playground. (This idea is conventionally regarded as mystical, but it ties together the psychic research cited above, and it avoids references to a billion billion billion universes we can never see or touch. Personally, I like it much better.)

3. There is no #3. I have never seen any other proposed explanation of the extraordinary good fortune that gave us laws of physics that can support complexity in general and life in particular.

C) One more change in our basic understanding is not yet so well-accepted as the first two, but it is well on its way. It is beginning to look as though the problem of the origin of life has no conventional solutions. In other words, after 70 years of trying, no one has been able to come up with a plausible scenario for the first molecule or set of molecules that could reproduce itself. Attempts to create living things from simple molecules with simulated lightning and cosmic rays have failed utterly. And even with the full force of biochemical engineering, no lab has been able to create a self-reproducing set of chemicals that can function in a non-biological environment. And it is not for lack of trying. A further, basic problem goes under the arcane name "evolvability". We have known for 20 years that self-reproducing systems cannot necessarily evolve. Even more stringent design features are required for a living system that is capable of evolving. So, how did evolvability evolve?

Conclusion: Life and consciousness are not epiphenomena built on a foundation of cold physical law. Life and mind are woven into the fabric of reality at a deep level. We seem to be seeing "intention" or goal-oriented collective behavior in living systems at the lowest levels, and perhaps in non-living things to a lesser extent.

Paradoxically, the "scientific world-view" has become stuck in 19th Century science. The mainstream of scientists will tell you with a straight face that the light of consciousness--the first and only thing you know for sure--doesn't matter at all, and that it is some kind of illusion that arises from large-scale computation. Pay no attention to the man behind the curtain.

When the new science comes to be incorporated into our view of ourselves and our relation to nature, everything will change.

Related Topic(s): Science, Add Tags
Add to My Group(s)
Go To Commenting
The views expressed herein are the sole responsibility of the author and do not necessarily reflect those of this website or its editors.