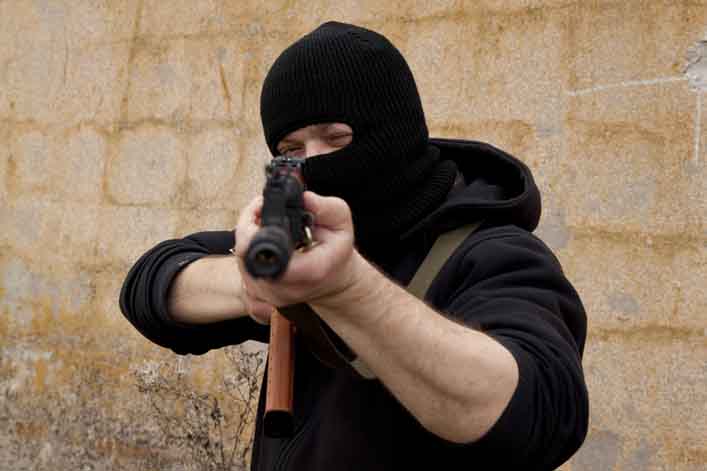 "In the two years after a fatal school shooting, the rate at which antidepressants were prescribed to children and teens rose by 21%," recently reported the Los Angeles Times about a new research paper. Maya Rossin-Slater, the paper's lead author, says the increasing drug use reflects a genuine deterioration of mental health that is unique to students in or nearby the affected school. But it also reflects a "genuine deterioration in our mental health system" and its doctors who continue to prescribe SSRI antidepressants to young people despite their boxed warning that says they "may increase suicidal thoughts or actions in some people 24 years of age and younger."

The warning could add "homicidal thoughts." Over six years ago, 26 mass shooters had been found to be on psych drugs when they committed their massacres and the list has only lengthened since then. While many mass shooters are on psych drugs like SSRIs when they commit their murders, others have recently gone off the drugs. Mass shootings have gone up since the antidepressant spree and reports that the massacres are driving the pills put the cart before the horse.

Why are SSRIs prescribed to young people despite the warnings? Because the medical profession and the public at large have largely bought the heavily marketed "chemical imbalance" theory of depression though it has never been proven. Patient front groups funded by drug makers continue to lament that SSRIs are not prescribed more widely (which they call "barriers" to treatment) though a quarter of depressed young people are now on the drugs despite the warnings says the Los Angeles Times. In addition to violent behavior, the drugs also cause weight gain, sexual dysfunction and more.

Antidepressants were once a short-term therapy to help people get over a troubled time but long-term use has doubled since 2010 and tripled since 2000 so that 15.5 million Americans have been taking the medications for at least five years. "By the mid-1990s, drug makers had convinced government regulators that when taken long-term, the medications sharply reduced the risk of relapse in people with chronic, recurrent depression," reported the New York Times.

Last year, the New York Times reported that SSRI antidepressants can be very difficult to quit. In fact, the withdrawal from themwhich drug makers euphemistically call a "discontinuation syndrome" is similar to that of addictive drugs. Many patients say they were not warned by their doctors they would have dizziness, nausea, headache and brain zaps which do not go away quickly when they try to stop the drugs. Brian, a 29-year-old Chicagoan I interviewed who did not want his last name used, told me he has remained on a SSRI antidepressant for years despite his wish to quit. "Every time I try to stop, I get something that feels like an electrical current in my head and I can't do it," he says.

Rather than looking at how many young people are put on psych drugs after mass shootings we should ask why so many doctors are ignoring the violent behavior warnings on the drugs and prescribing them. And how many mass shooters themselves were on the drugs.

Related Topic(s): Drug Abuse Alcohol; Drug Abuse-Use; Drug Companies- Marketing; Drugs Prescription; Gun Control; Guns; Violence Prevention, Add Tags
Add to My Group(s)
Go To Commenting
The views expressed herein are the sole responsibility of the author and do not necessarily reflect those of this website or its editors.